Ontario government cuts ties with WE Charity amid controversy 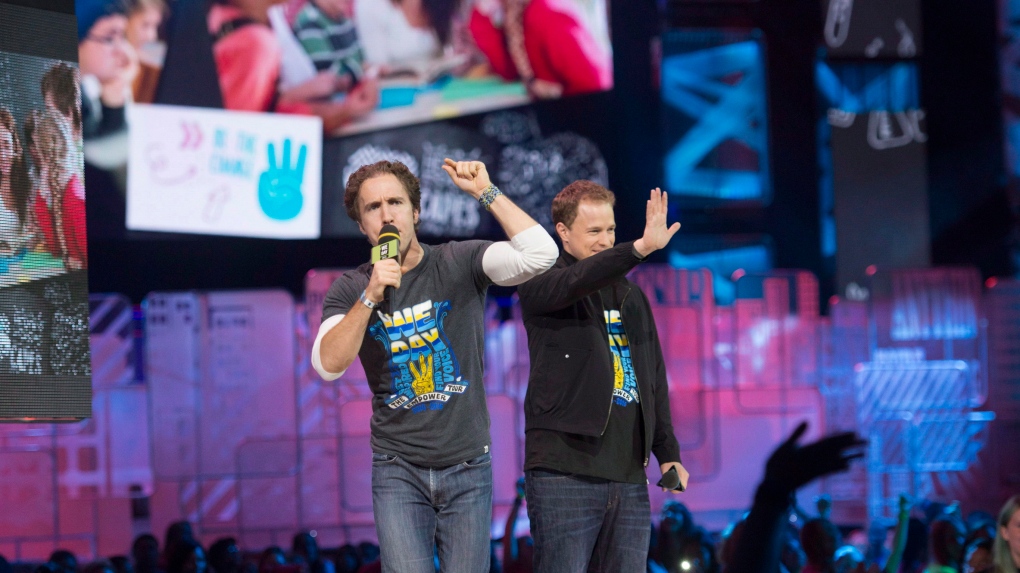 Craig Kielburger and Marc Kielburger speak during "We Day" in Toronto on Thursday, Oct. 2, 2014. THE CANADIAN PRESS/Hannah Yoon

TORONTO -- The Ontario government says it will not be renewing its contract with the WE Charity amid the controversy surrounding the organization.

In a statement to CTV News Toronto Friday, a spokesperson for Minister of Education Stephen Lecce said they are "concerned and troubled" by the allegations against the charity.

"This is taxpayer money. Hard working people in this province deserve to know that their money is delivering value, and these allegations raise serious questions," Alexandra Adamo, a spokesperson for Lecce, said.

"That is why the Ministry of Education has been directed to not renew the contract with WE and to investigate expenditures to date."

WE Charity received funding from the province in June for its WE Schools Programming, a year-long program that aims “ to nurture empathy and compassion in students and increase student outcomes in academic engagement, workplace readiness, and citizenship by engaging students and teachers in local and global actions through classroom and after-school curriculum and resources.”

The province is the latest to announce that its severing its relationship with the charity. Earlier this week, companies like Royal Bank of Canada, Loblaw Companies Ltd., GoodLife Fitness and KPMG announced that they were ending their partnerships with WE.

"We regret that the disruptive political conversations and inquiry have impacted our stakeholders," WE Charity said in a statement Tuesday.

"We do not want any of the individuals or organizations who participate in or support our programs to be adversely impacted by the challenges our organization is dealing with."

The charity and the Liberal government have been under scrutiny over the $912-million Canada student service grant that would support post-secondary students during the COVID-19 pandemic.

WE was awarded the contract to administer the program but later backed out following criticism from opposition parties over its ties with Prime Minister Justin Trudeau and his family.

The prime minister's brother and mother were revealed to have been paid nearly $300,000 for speaking engagements since 2016.

Ethics commissioner Mario Dion  Mario Dion has launched an investigation into Trudeau and Finance Minister Bill Morneau's possible violations of the Conflict of Interest Act for not recusing themselves during cabinet discussions about the WE deal.

In a rare appearance before the House of Commons finance committee on Thursday, Trudeau said he knew there would be problems with perception over having WE Charity running the program, but he believed there was no conflict of interest because his family would not benefit.

Trudeau said he regrets that he did not recuse himself from discussions.

- With files from the Canadian Press