Ontario faces pushback for lack of clarity on school reopening 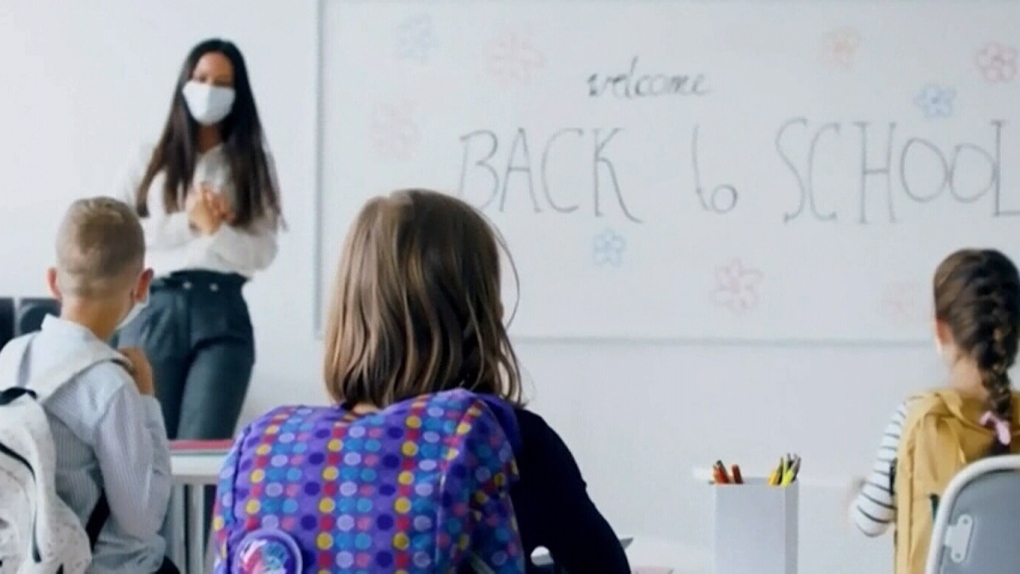 Ontario has released their back-to-school plan for September.

TORONTO -- Ontario's government faced criticism from doctors and teachers alike on Friday for failing to say if and when students will be able to return to classrooms this school year, even as it provided a plan for reopening other sectors of the economy.

The Canadian Paediatric Society pushed the province to prioritize reopening schools for the sake of kids' mental health in an open letter addressed to Premier Doug Ford, two cabinet ministers and the chief medical officer of health.

"The impact of school closures and the resulting social isolation on the health and well-being of children and youth has become impossible to ignore," the letter reads. "Getting Ontario's students back into the classroom for the remainder of the school year and for summer learning must be a priority now."

Even a few weeks in the classroom will be beneficial for children who have been starved of socialization, the national organization of pediatricians said.

"Every day counts," the letter says.

The province's three-stage reopening plan, unveiled on Thursday, will see some non-essential retailers open their doors after 60 per cent of adults have at least one dose of COVID-19 vaccine, but offers no threshold for sending kids back to class.

The province said it anticipates reaching the first stage of reopening sometime in mid-June, and three weeks later, the province is due to move into the next stage depending on the rate of COVID-19.

The union that represents the province's high school teachers wants Ford to offer up a little more information.

"I appreciate caution. What I don't understand is the complete lack of transparency around how their decision-making is working, what metrics they're going to use to reopen schools, what plans they have to make the reopening not just safe but effective for students," said Harvey Bischof, president of the Ontario Secondary School Teachers' Federation.

For his part, he said he believes the province should take a regional approach to reopening, as the rate of COVID-19 varies by location.

The head of the union representing Catholic teachers said she, too, would like to see schools open back up.

"But this will only be safe and sustainable if the government implements a real plan that would prevent the spread of COVID-19 in schools and allow students across the province to enjoy the benefits of in-person learning over the long run," Liz Stuart said in a written statement.

Her union feels that will only be possible if the province commits to changes the group has been advocating for since the pandemic began over a year ago: smaller class sizes and rigorous testing and contact tracing.

Ontario's chief medical officer said the province is in the tricky situation of trying to balance the risk reopening might have on the spread of COVID-19 with the mental health of students.

Dr. David Williams said the province is beefing up testing and contact tracing so classes can resume, but he didn't provide an exact timeline for when that will happen.

"We're looking for that to happen as soon as possible," he said on Friday.

Students have been learning remotely since schools closed after the spring break in April, more than a month ago.

A group of scientists advising the province released projections Thursday showing that reopening schools on June 2 could lead to an increase in daily cases ranging between six and 11 per cent.

But, the Ontario COVID-19 Science Advisory Table said, "this may be manageable."

This report by The Canadian Press was first published May 21, 2021.