Ontario budget to be delivered March 25

KLEINBURG, ONT. -- Ontario's next budget will be delivered March 25 and will provide the government an opportunity to reset its spending narrative.

It will be the Progressive Conservative government's second budget, but Finance Minister Rod Phillips' first.

This government's first budget was widely panned by critics as cut after cut emerged in a near-daily stream in the weeks after the document was tabled. Then-finance minister Vic Fedeli was shuffled out of the portfolio not long after, replaced by Phillips.

Phillips said his budget will "stay the course" in terms of the government's plan to balance the budget by 2023 -- a year after the next provincial election. 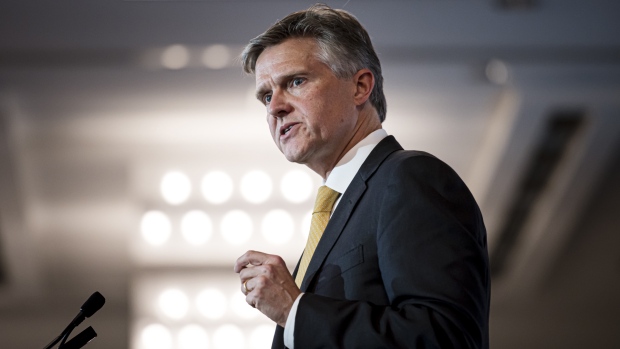 "It's prudent, measured and deliberate," Phillips said of the spending plan. "We made a conscious choice to balance the books by 2023 so that we could also make smart investments in critical items of public service -- items like health care, education and infrastructure, like transit and roads."

The government's fall economic update told the story of the moves made to undo some of the damage from the last budget. The update showed an additional $1.3 billion in spending, much of it to fund backtracks on policy changes and cuts, including on its autism program, social services and child care, and public health funding to municipalities.

Health Minister Christine Elliott announced Tuesday that Ontario is creating a Mental Health and Addictions Centre of Excellence to oversee its revamp of the province's mental health system, with details to be provided in the upcoming budget.