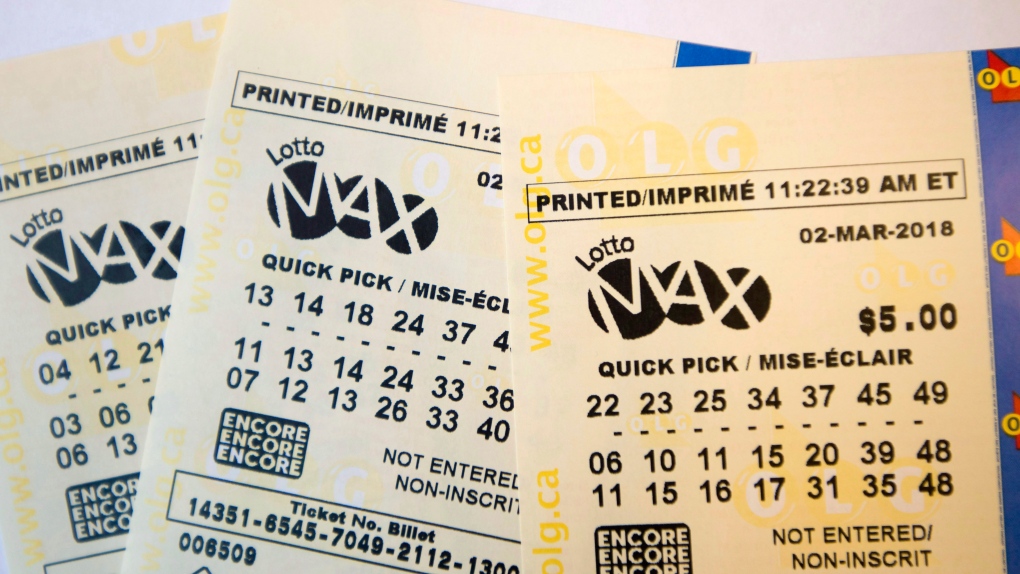 A lotto Max ticket is shown in Toronto on Monday Feb. 26, 2018. THE CANADIAN PRESS

The $70 million jackpot was won by a player in the Prairies, but Ontario ticket holders were still able to win quite a bit of cash.

According to the Ontario Lottery and Gaming Commission (OLG), a Maximillions prize ticket worth $1 million was sold in the Prince Edward/Hastings County region.

Four other Maxmillions prizes were won in Ontario, each worth $500,000. They were sold in the regions Ajax, Parry Sound/Nipissing, Lennox and Addington, Frontenac, and online.

A ticket worth $250,000 was sold in Niagara Falls while four second prize winning Lotto Max tickets were sold in Leeds and Greenville, Stoney Creek, Toronto, and on the OLG.ca website.

Since 2009, Ontario Lotto Max players have won more than $6.8 billion, including 91 jackpot prizes and 733 Maxmillions prizes.

The next draw is on April 8 and will offer a $38 million jackpot.