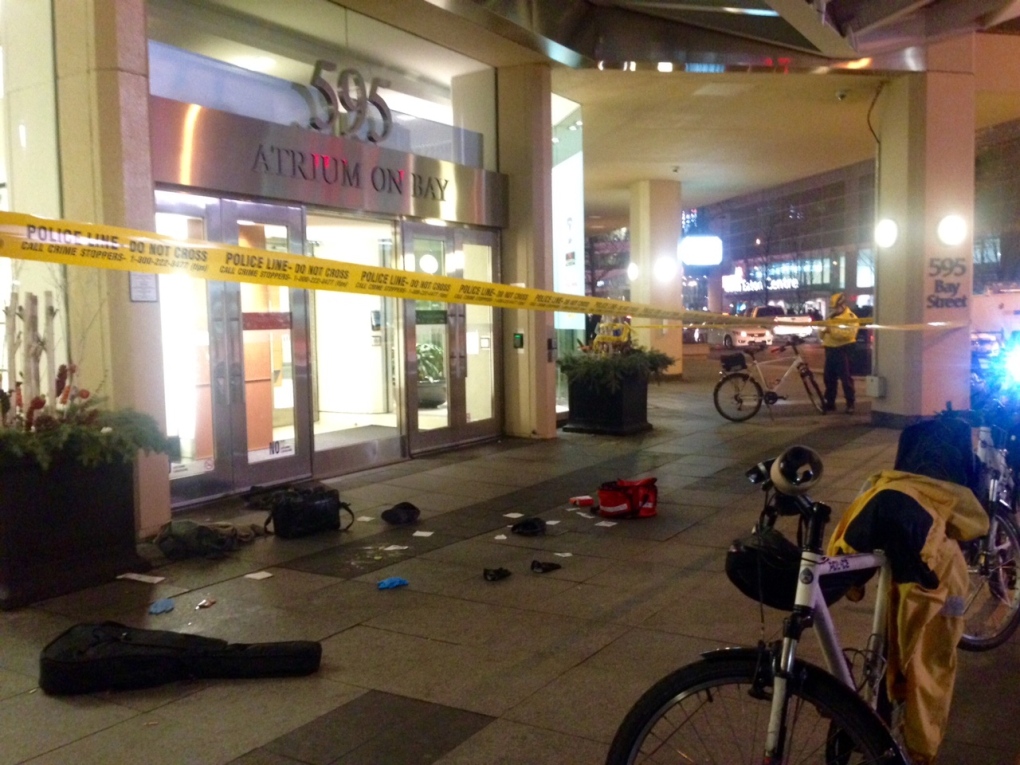 A 35-year-old suspect has been charged after a machete attack in downtown Toronto near the Eaton Centre.

The incident happened shortly before 5 p.m. in the area of Bay and Dundas Streets.

Police say the victim, a 30-year-old man, suffered serious injuries to his head and leg.

Arlington Thompson, of Toronto, has been charged with attempted murder, aggravated assault, assault with a weapon, and possession of a weapon.

He is scheduled to appear in court Thursday morning for a bail hearing.