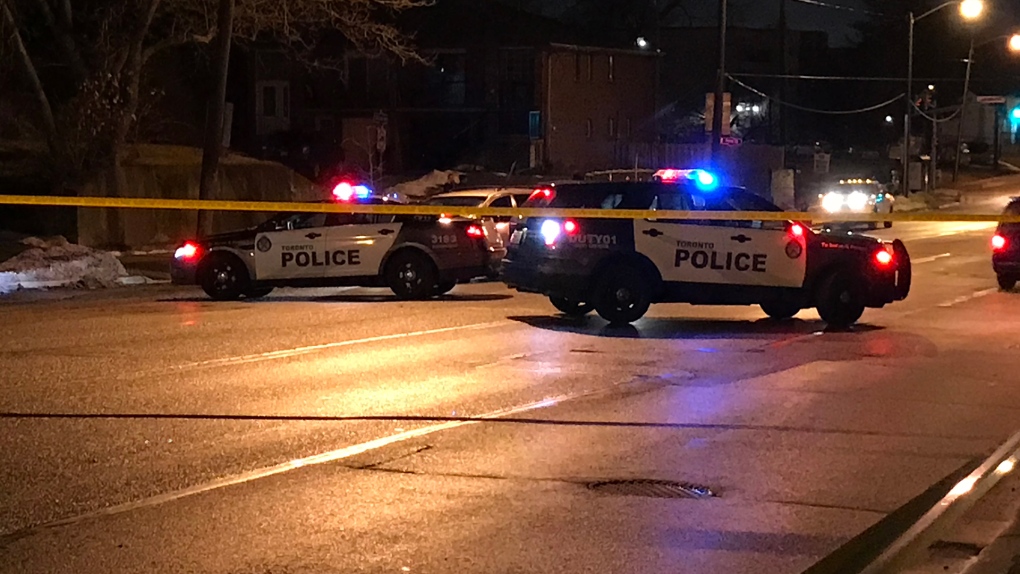 Police vehicles are seen on Wilson Avenue on Jan. 27, 2020 after a shooting that injured a woman. (Mike Nguyen/CP24)

TORONTO -- As many as two people were injured when shots rang out in North York’s Jane and Wilson neighbourhood early Monday morning.

A woman later made her way to a nearby hospital with a gunshot wound to her lower leg.

Officers located as many as 10 shell casings on the roadway of Wilson Avenue between Private Road and Highview Avenue.

The road closure is expected to last several hours.

Sometime after the first victim appeared at a hospital, a possible second victim, a male, walked into Etobicoke General Hospital with a gunshot wound.

Police are working to determine if the victims are from the same incident.