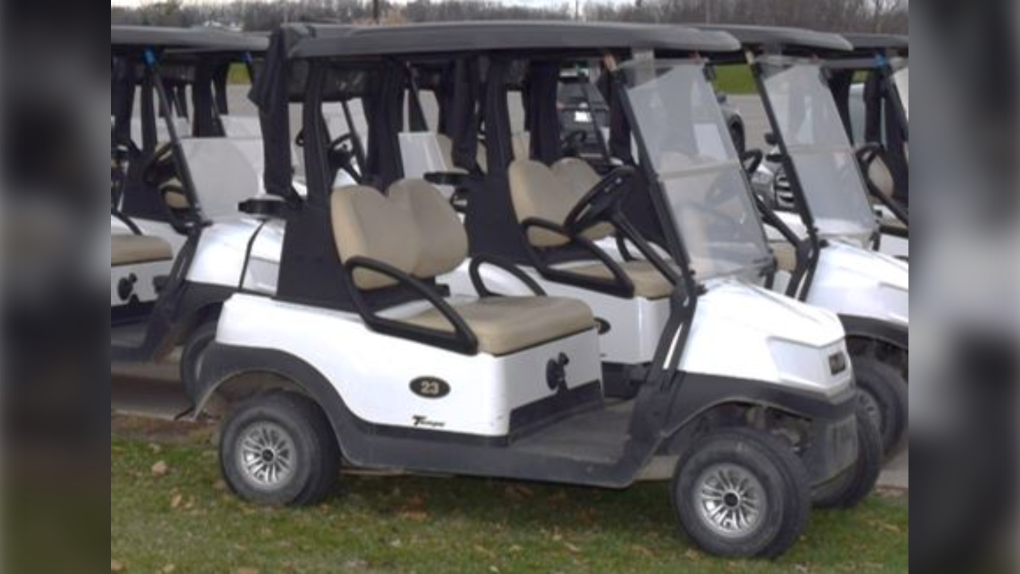 An image of one of the stolen golf carts. (Niagara Regional Police Service)

Through the investigation, police discovered 44 stolen golf carts that they believe were taken sometime between 11 p.m. on Monday night to 6 a.m. on Tuesday morning.

Officers are unsure of how many suspects are involved with this theft, but they are believed to have driven each of the carts two kilometres across the golf course and through a cut in the fence leading onto a vineyard service road.

From there, police believe a transport vehicle – or vehicles – waited in the area of Ellis Avenue and Eleventh Street.