TORONTO -- A newly installed speed camera placed outside a Toronto school became unusable after it was covered in spray paint.

The camera, located in the Bathurst Street and Steeles Avenue area outside Fisherville Public School in North York, is one of 50 speed cameras recently installed across the city to crack down on excessive speeding.

Local resident Nora Marchesan told CTV News Toronto she first noticed the camera had been defaced when she was driving her son to school this morning.

"It frustrated me to see this happen in a school area," Marchesan said. "The camera is useless at this point." 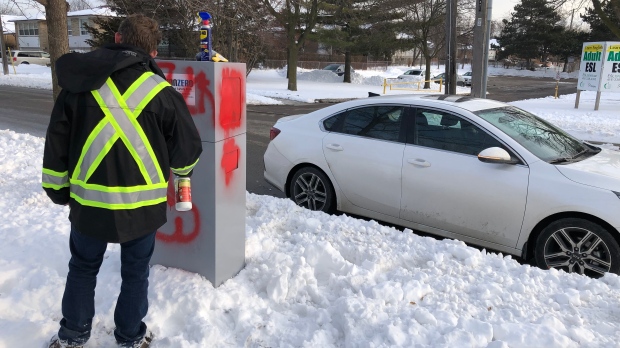 "To see this happen so quickly after the camera was installed is frustrating and upsetting."

"I just think whoever did this is against the idea of the cameras. They don't like the idea of cameras being in the area but speeding is an issue and there are young kids who cross the street here."

Marchesan said she called 311 on Wednesday morning to report the damage. A city worker attended the scene this afternoon and attempted to remove the paint. 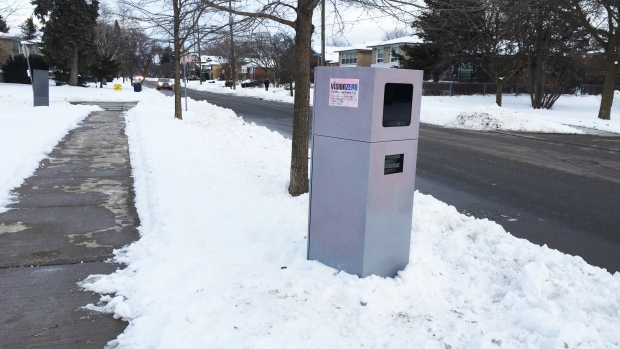 Tory hopes those responsible are ‘brought to justice'

"It's depressing when people do this kind of thing," Mayor John Tory told CTV News Toronto on Wednesday.

"Speeding in school zones is leading to the kinds of collisions that are taking lives. I just hope people keep in mind this photo radar is being put there to save lives."

"I just don’t know why anyone would be so twisted as to vandalize the equipment that is made to save lives and keep people, including children, safe." 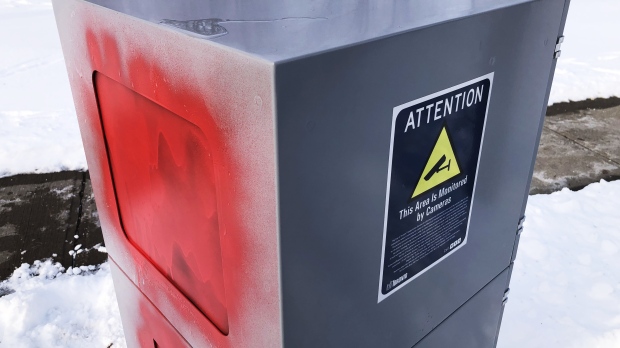 Tory announced in December each ward in Toronto would have two cameras capturing and recording images of vehicles speeding.

The city can currently only hand out warnings to motorists caught on the camera speeding. Provincial legislation requires the city to give motorists 90 days warning before tickets can be issued.