TORONTO -- A small pink box on four wheels, zipping along sidewalks with no driver in sight, has been turning heads on Toronto streets over the past year.

People are posting photos and videos of it on social media wondering what it could be, and now those behind it are finally revealing what it is.

The moving box is named Geoffrey. It’s a robot food delivery vehicle designed by the team at Tiny Mile Robots.

It's named after psychologist and computer scientist Geoffrey Hinton, but looks more like a cartoon. 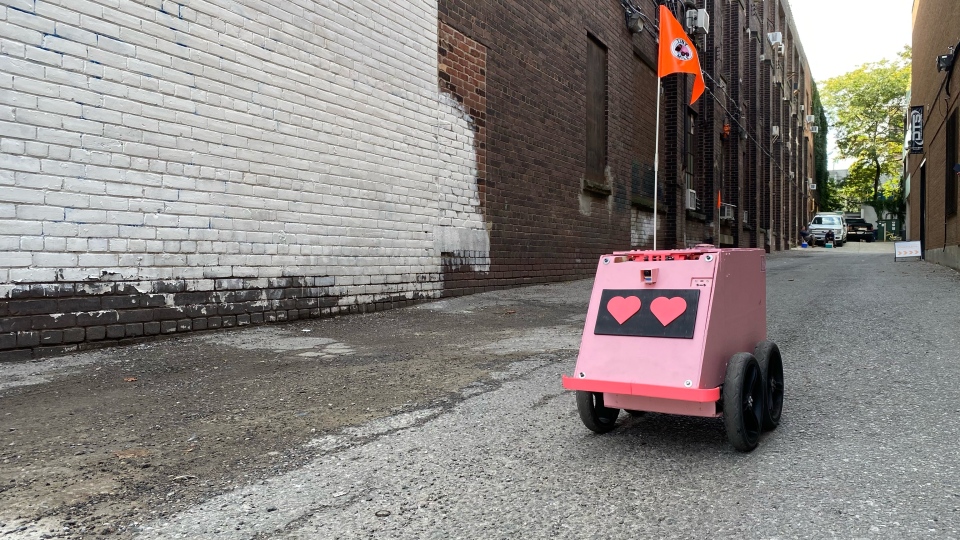 "We didn't want to make something threatening or a big box so we tried make something with baby features. It has big eyes, it has a big face, it has a rounded body – so a lot of people find it cute,” the company’s founder Ignacio Tartavull said.

Its mission is simple, but its development was not, Tartavull told CTV News Toronto.

"imagine a box with four wheels -- so that's the robot component, and then we need to somehow drive this so we have people in our office with joysticks controlling this,” he said.

Inside a nondescript building in downtown Toronto, several people gather behind computer screens with Xbox controllers in hand.

Using cameras mounted on the front and rear of the robot, they're able to drive Geoffrey along the sidewalks, avoiding people, dogs, and other obstacles. 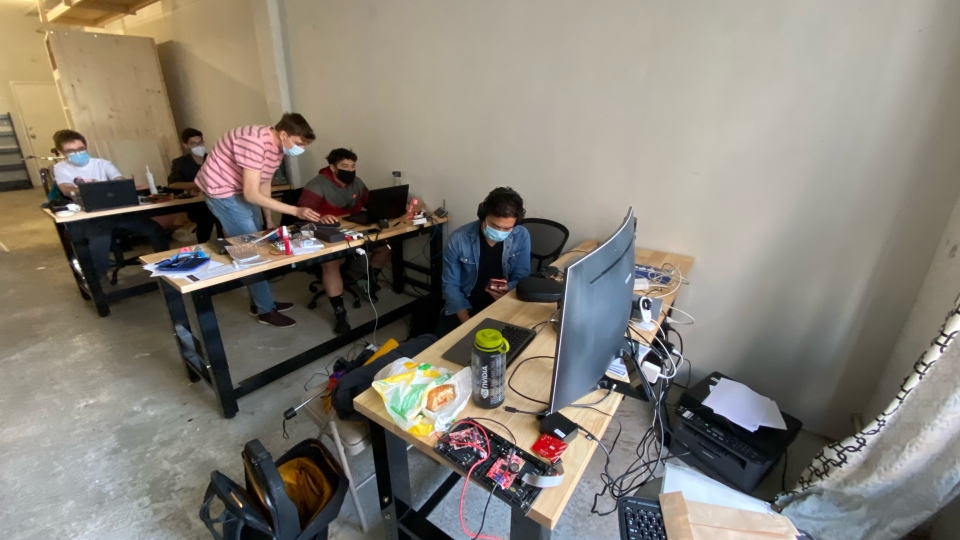 Tartavull likens it to "a very boring video game.”

"The robot moves very slowly so you have plenty of time to react and you simply maneuver around the sidewalk,” he said.

The company said it has been testing different models for the past year.

"At the beginning when we first started the robot was breaking once a day, so a wire would come off, a wheel would break and now we're finally at the point where it breaks once every week and we're trying to push this to two weeks,” Tartavull said.

In the past few weeks, the company has signed with a handful of local restaurants to begin a test drive of its delivery system.

Orders are placed at the restaurant and staff at Tiny Robot drive Geoffrey to the curb out front to pick up the food. An employee then places the food inside the storage container, which is about the size of two shoeboxes.

The lid is closed, and Geoffrey is driven to the customer's home, where the customer picks up their food from the robot at the curb.

While plans were well underway before the pandemic hit, an increase in food delivery orders and a desire for contactless deliveries has placed a new priority on the services that can be offered by the robots. 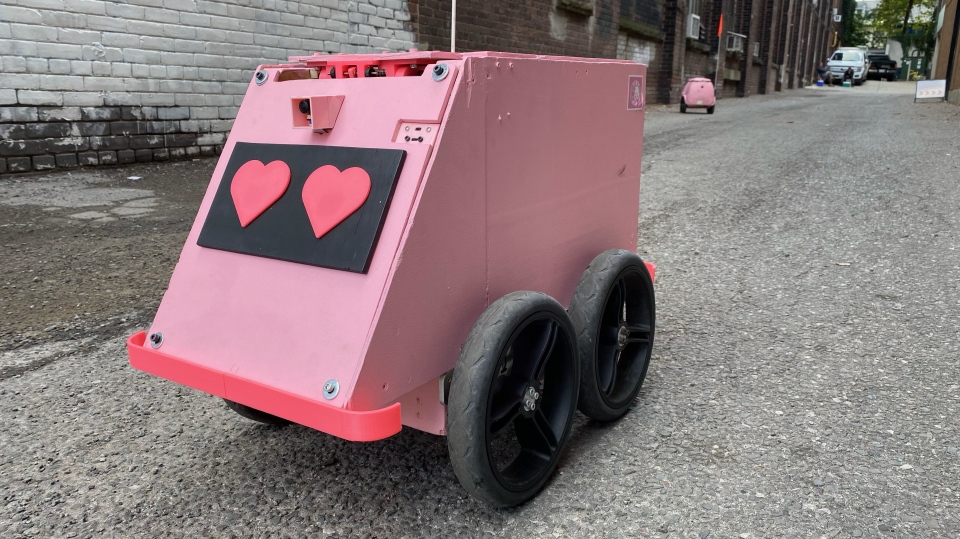 Currently there are only two in service, but Tartavull aims to build a fleet and hopes to add one robot a week.

"Generally people order food for two people now, and on Uber Eats, generally that costs about $30 and you're actually paying about $10 for delivery. So the total cost is like $40. We're charging the customer $2.99 so it's about three times less."

Tartavull said he has plans to expand their service and hopes to include other industries like pharmacies and bookstores, but he said that while he wants the business to grow, the robots won't.

"So many items being moved in the city are very small, so if you can move things like bubble tea or books, then that's a very large market,” he said.