TORONTO -- Businesses near an industrial building in Schomberg, Ont. were evacuated after a fire ripped through the area, causing concerns over toxic chemicals.

York police said crews were called to Aerospace Metal Finishing on Proctor Road, in the Highway 9 and Highway 27 area, after the fire broke out on Monday morning. 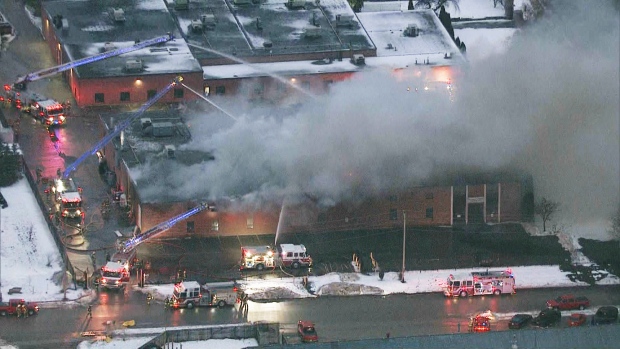 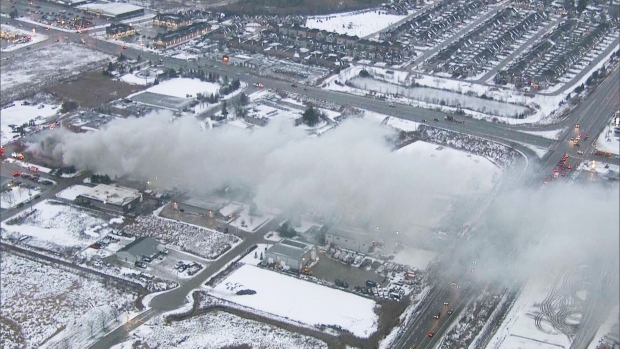 The hazmat team has been called over concerns toxic chemicals are burning. Businesses beside and north of the fire have been evacuated as a precaution, police said.

About 45 firefighters were called into help control the blaze. Authorities confirmed no one was injured.

Roads in the area have been closed and police are advising people to avoid the area.

As of Monday evening, the evacuation order for nearby plazas and businesses is still in place.