NDP may hold the balance of power in Parliament

Jagmeet Singh and the New Democrats may hold the balance of power in the next Liberal minority government by playing a key role in helping pass confidence matters and key legislation.

Singh, who won in his B.C. riding of Burnaby South, was steadfast throughout the campaign that he was running to form government, but the party was consistently running a distant third to Justin Trudeau’s Liberals and Erin O’Toole’s Conservatives.

The party hoped to win more seats than it did in 2019 when it was dealt a major blow, losing 20 of the 44 seats it previously held. It was the party’s worst showing in more than a decade.

Projections show the party could gain more seats this time, but not enough to give the NDP exclusive influence negotiating with the Liberals.

“I want to say that Canadians know that you can count on the New Democrats to continue fighting for you. As we’ve fought for you in the pandemic when times are difficult, when people were struggling, when people were worried about their future. We were there for you,” Singh said in his concession speech late on Monday night.

“Friends, I want you to know that our fight will continue. We are never going to give up fighting for you and your families, as we have done in the pandemic as we showed you in this campaign, we will continue to make sure you are first, your families are taken care of, that your needs are met. That's what New Democrats are all about.”

The New Democrat ran with arguably one of the most diverse candidate rosters, including 177 women, 29 who were Indigenous, 104 who identified as a person of colour, 45 under the age of 26, 39 with disabilities, and 69 who identified as LGBTQ2S+.

"Ultimately, the numbers are pretty much the same. It didn't go from … where they are the only alternative to keeping the government afloat. Because the numbers are so close to what they were before, we shouldn't expect too many different dynamics," said Gerald Baier, associate professor of political science with the University of British Columbia.

In Atlantic Canada, the party lost the only seat they had in the region, with NDP candidate Mary Shortall losing to Liberal candidate Joanne Thompson.

With the Bloc Quebecois projected to hold only a few seats more than the NDP, they too could play a role in holding the balance of power.

Baier expects to see some combination of the NDP and Bloc playing a role in supporting the government.

Despite the heavy losses in 2019, the NDP was able to play a pivotal role in the House of Commons, often propping up the Liberals, but also exercising their influence to press the Liberals on a number of issues, particularly during the pandemic.

With the pandemic casting a long shadow over this election, Singh’s campaign messaging highlighted his role in pushing Trudeau to deliver greater financial support to Canadians than what the Liberals had initially promised.

The NDP takes credit for pressuring the Liberals to double the Canada Emergency Response Benefit (CERB) to $2,000 and raise the wage subsidy to 75 per cent, for example. On a number of other occasions, the NDP also hinged their support for the Liberals on key votes by negotiating deals such as paid sick leave. It was a message Singh reiterated again during his speech on Monday. Whether the New Democrats can claim all of the credit may be questionable, but the party was consistent in vocalizing their demands throughout the pandemic.

Grace Skogstad, a professor with the University of Toronto's Department of Political Science told CTVNews.ca earlier this summer that Singh has been effective in a Liberal minority government by holding their feet to the fire.

A key issue the NDP will likely try to negotiate with the Liberals is on his campaign pledge to tax the ultra-rich. He told reporters over the weekend that his “number one priority” was to ensure billionaires contribute their fair share through an increase in taxes.

Singh will also likely continue to press Trudeau and the Liberal government on affordable housing, climate change and the environment, Indigenous issues, and clean drinking water in Indigenous communities.

While Singh tried to set himself apart from Trudeau throughout the campaign, there are some issues in which the two leaders have made similar promises, including introducing $10-a-day daycare and advocating for a national pharmacare program, although the Liberals have been criticized for not following through on its previous pharmamcare promises.

Baier says this could be something the NDP and Liberals could find common ground on, while other NDP proposals such as universal basic income is unlikely to gain much traction.

"Nobody on the governing side likes a minority government, but boy, the kingmakers love the feeling of being able to get something done."

Members of Parliament—many dressed in black—returned to Ottawa on Thursday to take part in a 'special session' commemorating Queen Elizabeth II and marking the accession to the throne of King Charles III. The House of Commons held this historic opportunity to allow MPs to pay tribute ahead of Monday's national commemorations.

Pierre Poilievre is the new leader of the Conservative Party of Canada, securing victory on the first ballot after a record-setting and divisive leadership campaign. After a seven-month campaign, the long-time MP and former cabinet minister from Ontario won the election decisively. Securing support across the country, he told party members they are now 'one party serving one country.'

'Charter may quickly become less relevant': Why Canadians outside of Quebec should care about the provincial election

Quebecers will cast their ballots on Oct. 3, with the incumbent Coalition Avenir Quebec expected to win another majority government. With less than four weeks left in the election campaign, here's how the race — and the results — could affect the rest of Canada.

The federal government says it will prioritize direct funding for community groups under Canada's first ever federal LGBTQ2S+ 'action plan,' stating that they are the best-placed organizations to identify and deliver the support needed to address 'persisting inequities' and improve the wellbeing of LGBTQ2S+ individuals in this country.

It has been six months since Russia launched its current attacks on Ukraine, sparking death, destruction, and condemnation from the international community. While the impacts of the invasion are most severely felt in Ukraine, the war has had global political implications, including here in Canada. CTVNews.ca looks at six key moments for Canada over the last six months.

Opinion | Don Martin: Blocked at the border no more: Good riddance to the ArriveCAN app

'Finally and mercifully, ArriveCAN is dead on arrival at airports and border crossings as mandatory vaccination for foreign entry to Canada is lifted by month’s end,' writes Don Martin in an opinion column for CTVNews.ca.

There’ll be no waffling in the political winds by steamrolled-to-victory Conservative leader Pierre Poilievre; no pivoting to a kinder, gentler, mushy middle to win over voters, Don Martin writes in an opinion column for CTVNews.ca.

Don Martin: The fall of Justin Trudeau has begun

'After a weeks-long survey of just about everyone I've met ... the overall judgment on Justin Trudeau is one of being a political write-off,' writes Don Martin in an opinion column for CTVNews.ca. 'He’s too woke, too precious, preachy in tone, exceedingly smug, lacking in leadership, fading in celebrity, slow to act, short-sighted in vision and generally getting more irritating with every breathlessly whispered public pronouncement,' Martin writes.

Don Martin: It's time for the whiners to win and the government to unclog the airports

It's time for the whiners to win and the government to reopen the skies, a return to those glory times of flying when the biggest complaints were expensive parking, a middle seat and stale pretzels, commentator Don Martin writes in an exclusive opinion column for CTVNews.ca.

In an exclusive opinion column for CTVNews.ca, Don Martin says Doug Ford coasted to majority re-election victory in Ontario by sticking to the middle of the road: 'Not too progressive. Not too conservative.'

Sign up for a twice-weekly update from our Ottawa bureau on news from Parliament Hill.

A Podcast About Polling 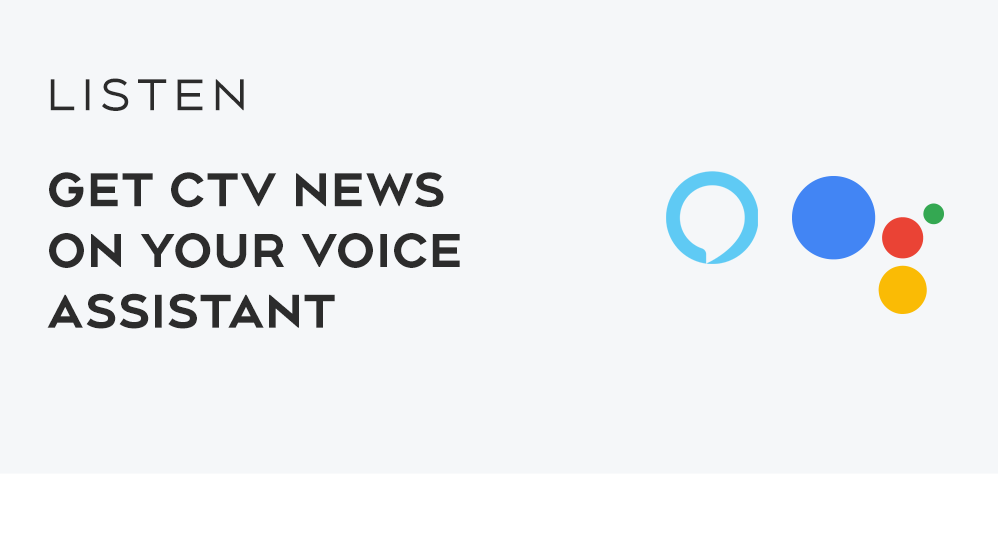 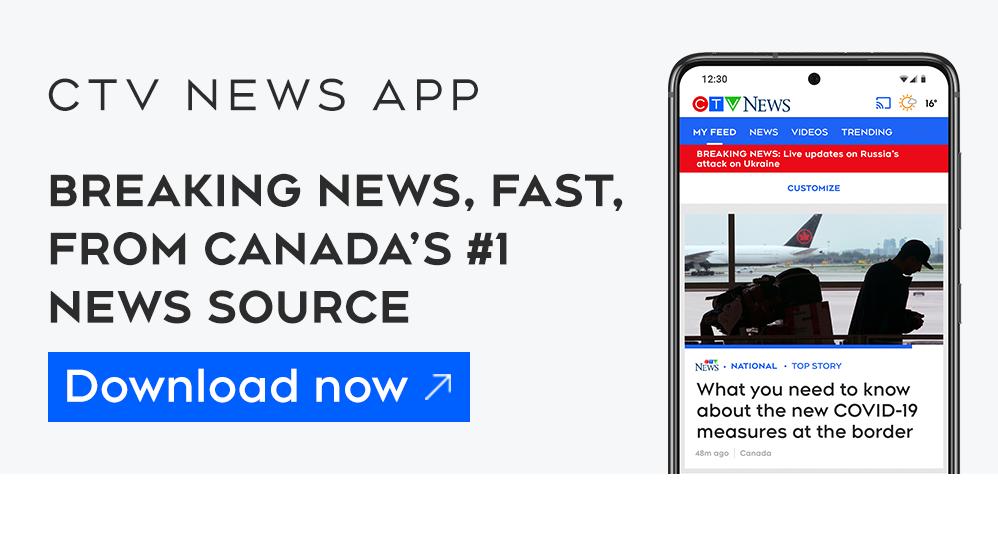 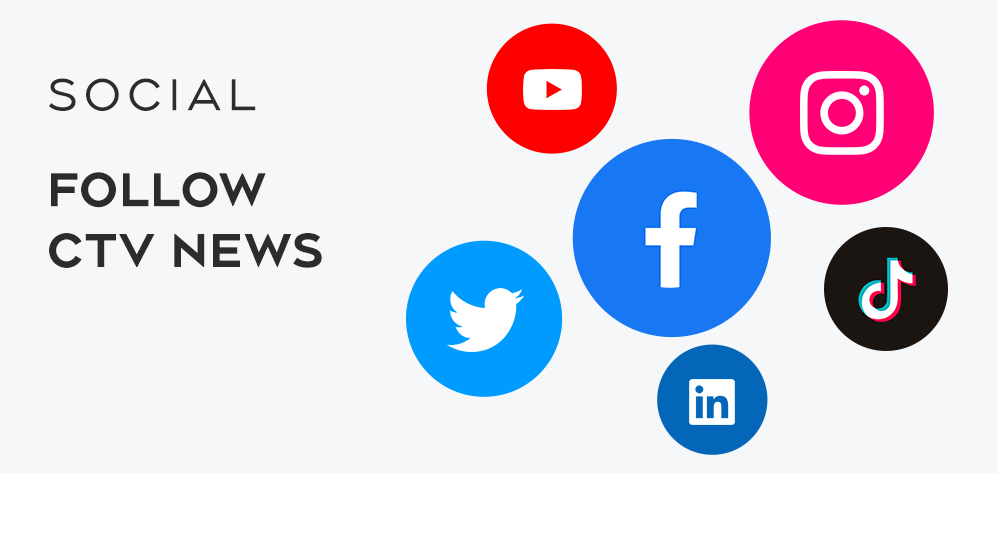