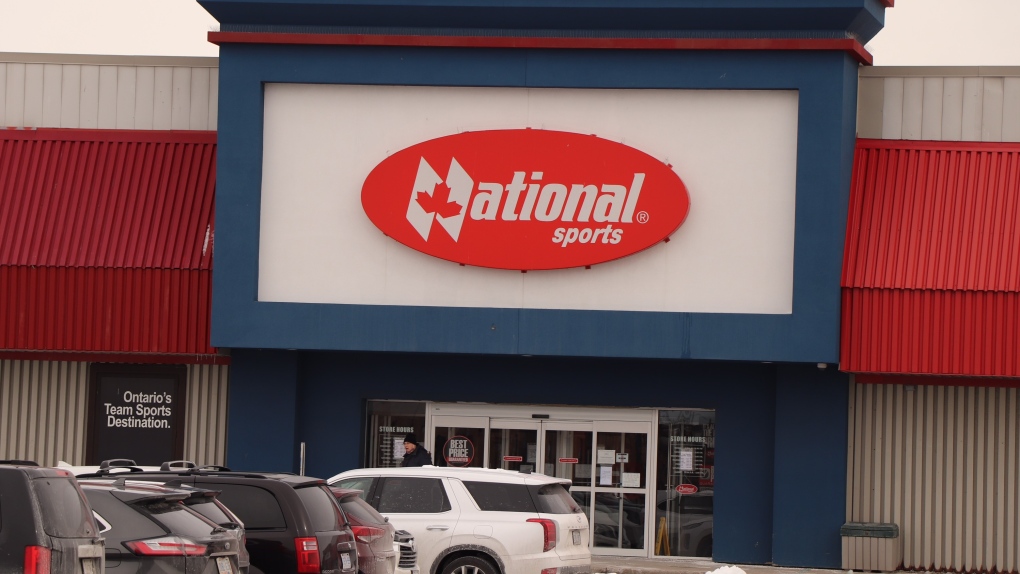 TORONTO -- Canadian Tire Corp. Ltd. says it's closing all its National Sports stores to reduce overlap in the company's sporting goods assortment after an internal evaluation.

All 18 of the retail stores across southern Ontario will be closing, Gregory Craig, the retailer's chief financial officer, told investors on Thursday.

"This has been a difficult decision, particularly due to its impact on people," he said during a conference call. "We're making every effort to place affected employees within our family of companies."

The company, which operates multiple retailers including Canadian Tire, Mark's, SportChek, Atmosphere, Sports Experts and Pro Hockey Life, made the announcement as it reported that its fourth-quarter profit and revenue both rose significantly compared with a year ago.

National Sports, which carries sportswear, shoes and gear, was launched in 1968 as National Gym Clothing Ltd., according to its website.

"It's a smaller banner for us, for sure, but the decision to close the business is a matter of focus," he told investors. "There's always been a fair amount of overlap with this banner and both SportCheck and (Canadian Tire)."

In addition to a density of physical stores, he said there is an overlap between e-commerce capabilities as well.

An evaluation of the company's portfolio as part of its operational efficiency program with an "investor mindset" led to the decision to close the stores, Hicks said.

"This was a business that was receiving just enough capital for maintenance needs over the years, and just wasn't a core asset for us," he said, adding: "We just couldn't find a continued purpose."

Meanwhile, the decision came as Hicks told investors that the company's fourth-quarter results were "nothing short of phenomenal" and that its full-year results were strong despite the challenges of operating during a pandemic.

The retailer said its net income attributable to shareholders totalled $488.8 million or $7.97 per diluted share for the quarter ended Jan. 2.

The result was up from $334.1 million in net income attributable to shareholders or $5.42 per diluted share in its fourth quarter a year earlier.

On an adjusted basis, Canadian Tire said it earned $8.40 per diluted share, up from $5.53 a year earlier.

Analysts on average had expected an adjusted profit of $6.69 per share and $4.83 billion in revenue, according to financial data firm Refinitiv.

This report by The Canadian Press was first published Feb. 18, 2021.