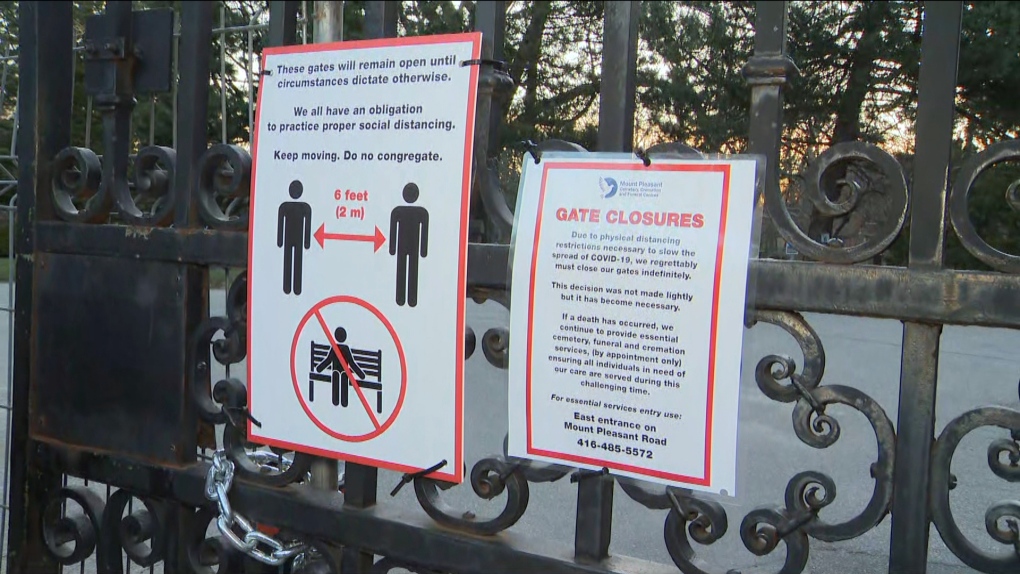 TORONTO -- One of the most historic cemeteries in Canada will be closing its gates to the general public due to lack of social distancing.

Mount Pleasant Cemetery, which stretches from Yonge Street to Bayview Avenue, is one of numerous cemeteries to close in an effort to prevent the spread of COVID-19.

Toronto-St. Paul city councillor Josh Matlow said that the decision was very difficult for the CEO. 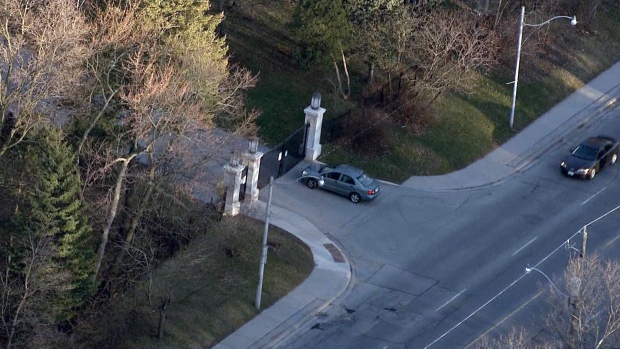 “The Mount Pleasant Cemetery, for those of us who live in midtown and people across the city, is a place where we can escape the big city,” Matlow said. “But far too many people have not been adhering to social distancing.”

The Mount Pleasant Cemetery has had to decide to close its gates to the general public immediately. It was a very difficult decision for them to make. It was taken to protect public health, as too many people walking there were not adhering to safe physical distancing.

There are three different walking and running routes that travel through the cemetery, which has been around since 1876.

Matlow said that for many, the Mount Pleasant Cemetery is a place where people can gather to get some fresh air, but too many residents haven’t been adhering to the city’s warnings about keeping two metres between one another. 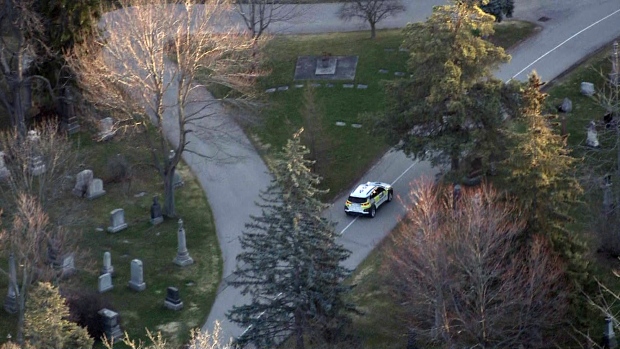 "They're being idiots. They're not considering the lives and the wellbeing of other people and the Mount Pleasant Cemetery had to make a decision due to that misbehaviour."

On Thursday, Toronto Mayor John Tory made it illegal to walk within two metres of another person in a public park or square. Anyone who does not comply with the bylaw could face a fine as high as $5,000.

Due to physical distancing restrictions required to slow the spread of COVID-19, we regrettably must close our gates indefinitely. This decision was not made lightly but it has become necessary. pic.twitter.com/G7SuPvyXH0