More than half of Ontarians think Wynne should resign: poll 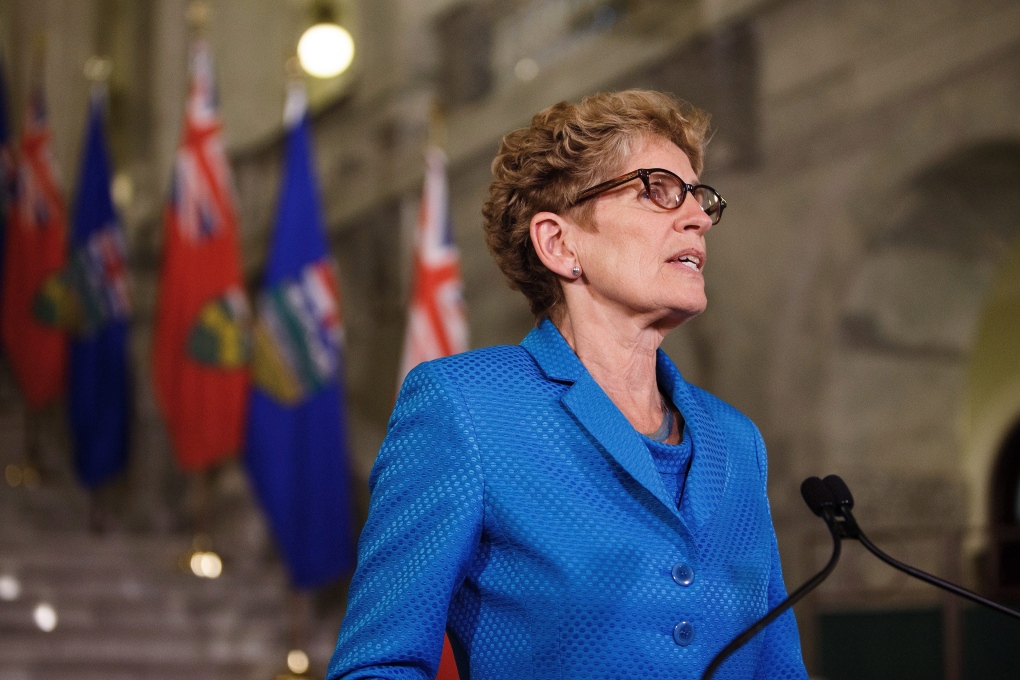 Ontario Premier Kathleen Wynne speaks at a media availability to discuss an energy innovation partnership between Alberta and Ontario at the Alberta Legislature Building in Edmonton on Thursday, May 26, 2016. THE CANADIAN PRESS/Codie McLachlan

Support for Ontario’s premier appears to have taken a dive, according to a new poll released this week.

“With the next Ontario election just a little more than 18 months away, Kathleen Wynne and the Ontario Liberals continue to plumb new depths as they now trail both the Patrick Brown led PCs and the Andrea Horwath led NDP,” Quito Maggi, president of Mainstreet Research, said in a written statement accompanying the poll.

“There is very little good news for the current government and it may get worse as the effects of the recent charges against Ontario Liberal Party staff and operatives continue to dominate headlines,” he said.

The poll found that 53 per cent of respondents said they believe Wynne may have been involved in the bribery scandal.

“The really bad news is, there are two current by-elections underway that may also be affected by the latest scandal. Niagara West Glanbrook was vacated by former PC leader Tim Hudak and is likely to be held by the PCs with the likeliest competition coming from the NDP who hold nearby Niagara Falls. In Ottawa-Vanier, a close contest in a Liberal fortress riding could point to the beginning of the end for the 13-year incumbent Ontario Liberal Government. A loss in Ottawa-Vanier would be unthinkable, and could prompt an early exit by the embattled Premier," Maggi said.

Ontario NDP Leader Andrea Horwath continues to enjoy the strongest support among party leaders with a 59 per cent approval rating. Ontario PC Leader Patrick Brown is not far behind Horwath with an approval of 51 per cent.

Ontario PCs still lead in Ontario with 43 per cent support among decided and leaning voters.

“The rest of the numbers point to a possible wipeout in the 905, South Central and Southwest with divided fortunes in Eastern and Northern Ontario," Maggi noted.