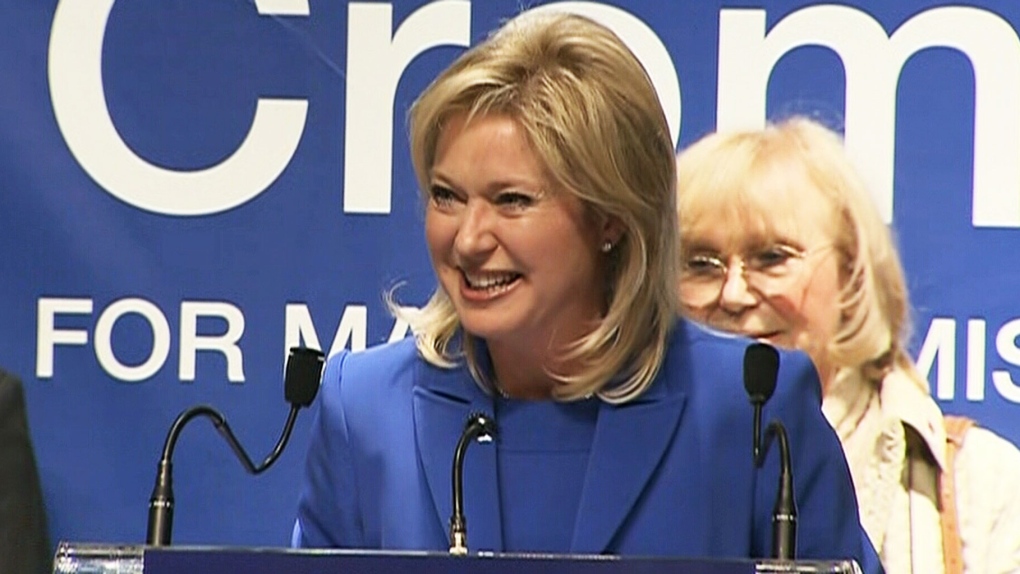 Bonnie Crombie makes her victory speech after being elected mayor of Mississauga on Monday, Oct. 27, 2014.

City council voted in favour of launching a study that would help determine whether it is in the city’s best interest to separate.

Mayor Bonnie Crombie told CP24.com Thursday that by undertaking the study, city council will be able to examine facts and potentially make a case for becoming a single-tier municipality.

“At the end of the day, Mississauga feels it is time to control our own destiny,” Crombie said.

Mississauga is the third largest city in Ontario and the sixth largest in Canada. It has a population of approximately 800,000.

Crombie noted that even smaller cities, like London and Hamilton, all function as single-tier municipalities.

“Our smallest ward is bigger than 60,000... To be part of an amalgamated region doesn’t make sense for us anymore,” said Crombie.

In response, Brampton Mayor Linda Jeffrey called the move “disingenuous,” as a study of the composition and size of Peel Regional Council is almost complete.

“Brampton was there to help Mississauga as they grew and built out and now as infrastructure investments are needed in Brampton our largest partner wants to cut and run,” Jeffrey said in a news release.

The mayor acknowledged that separating from the Peel region has been a topic of conversation in Mississauga for several years. When it was examined by former Mississauga mayor Hazel McCallion, a similar study indicated that the city could save up to $31 million if they were to separate.

Crombie told CP24 that the new suggested study would determine if the previous estimation had grown or decreased.

If the study determines that there is a case to be made for separating, Crombie told CP24 that a referendum could be held during the election in 2018.

Though the Ontario government would be responsible for finalizing the separation, Crombie said that Mississauga residents have responded with “overwhelmingly positive” comments about the potential change.

Mississauga has been part of the Peel Region municipality since the 1970s. The region includes areas such as Brampton, Caledon and Dufferin County.