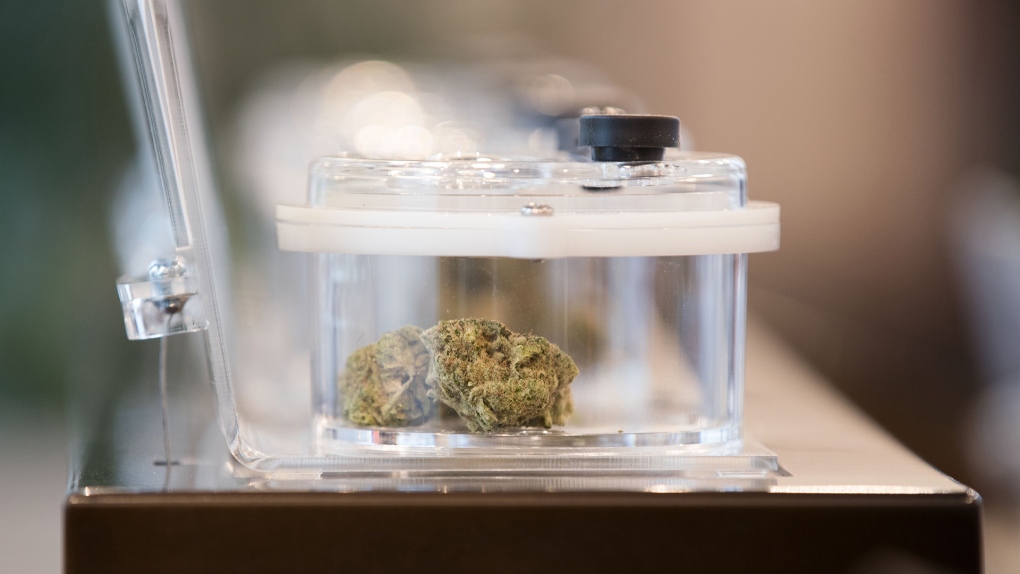 Cannabis on display is seen during a media tour of a cannabis store in Kingston, Ont., Sunday, March 31, 2019. THE CANADIAN PRESS/Lars Hagberg

TORONTO -- The Ontario Cannabis Store says the median price of dried flower dropped 25 per cent in its first full year of operation since legalization in a bid to compete with the illegal market.

Ontario consumers spent $385.1 million for 35.1 million grams of cannabis online and at retail stores over the 12 months ended March 31, even as supply was constrained in the first six months.

More than 81 per cent of the spending was done at retail stores, whose number increased to 53 in the fourth quarter from 22 a year earlier. There are currently 87 stores operating in the province.

Dried flower made up 79 per cent of sales by volume and generated nearly $275 million for 27.8 million grams. Pre-rolled was second-most popular, generating $42.6 million, oils was third at $26.3 million, vapes followed at $14.8 million and capsules at $11.3 million.

Consumers spent an average of $90.12 per order with the average order being nine grams at the Ontario Cannabis Store website. Each retail store sold an average of 3,100 grams per day, generating $25,000 in sales.

"The numbers from our first full year of commercial operations show steady growth despite constrained supply that the limited the ability of the Ontario marketplace to rapidly expand the number of access points as quickly as desired," says OCS president and CEO Cal Bricker.

This report by The Canadian Press was first published June 8, 2020.