TORONTO -- In a cavernous area at the base of the Toronto Star building, the works of Vincent Van Gogh are coming to life like never before.

Fifty-two projectors cover more than 600,000 cubic feet of space with moving art and music. It’s new use for a space that formerly housed the paper’s massive printing presses.

“The walls are 30 feet high, and you see the art- and you see the brush strokes like you’ve never seen them before” Corey Ross, the co-producer of the Immersive Van Gogh Exhibit told CTV News Toronto. “So the immensity is the first think that strikes you.”

From Van Gogh’s earliest sketches, to his most famous masterpieces, the works are projected along the walls, columns, and floors of the space. 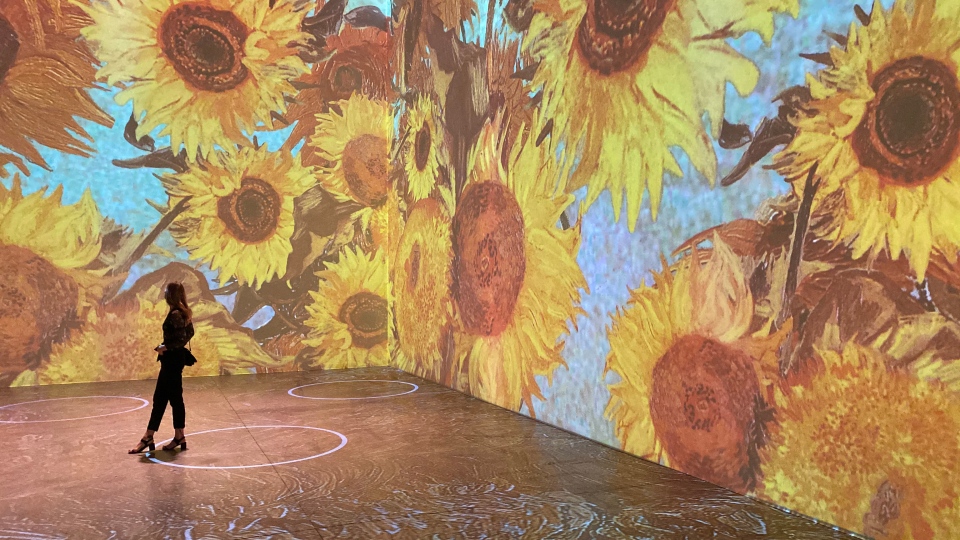 Co-producer Svetlana Dvoretsky told CTV News Toronto, “in order to create this we’ve licensed over 400 images from all over the world and our artists disassembled them, they put them in to little parts and then they’ve put them together to show us the process of how those masterpieces came about.”

This is a first of its kind exhibition in Canada, which brings life to the works through movement and music. It is, according to Dvoretsky, meant to be a very different experience than visiting an art gallery.

“Under no circumstances are we trying to say that this can replace your visiting the museum and seeing the real paintings. This is a completely new form of art, completely new way of understanding the art.” 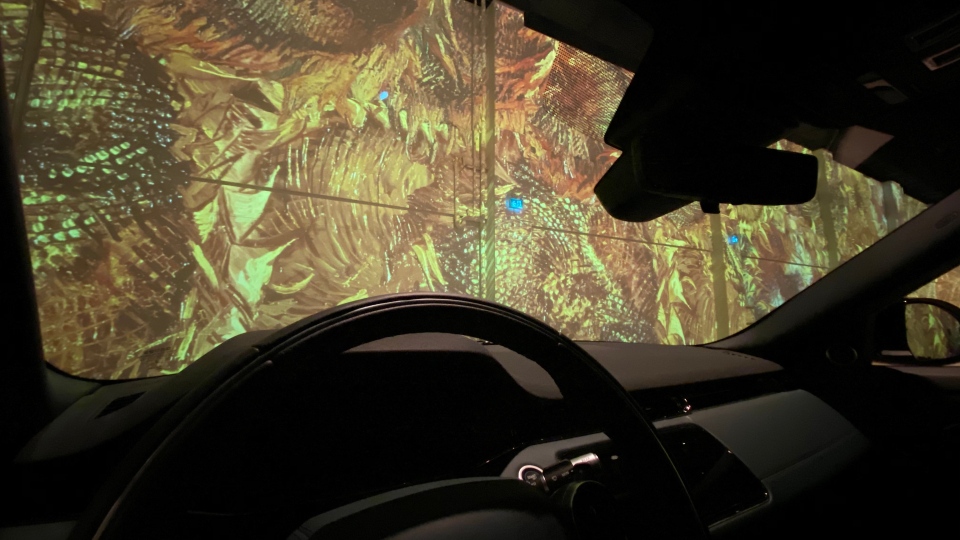 Organizers hope the experience will help those in attendance better understand the mind of the iconic, post-impressionist painter. Dvoretsky says the artists who created the show were attempting to show the process behind the paintings. “We believe that Van Gogh’s mind was working generations ahead like the genius mind – and they were trying to kind of unveil what was happening in his head.”

The exhibition was planned pre-COVID-19. At first organizers weren’t sure how they’d be able to operate safely in a pandemic, but when Ross realized that if he could drive into the space every day, so too could ticket holders.

The exhibition will open only when the Ontario government allows Toronto to move in to ‘Stage 2’ of the province’s reopening plan. At first, the exhibit will be open only to visitors in vehicles, who can drive in and park for the roughly 35 minute show. Later in the summer, ticket holders will be allowed to visit the exhibition on foot, standing in circles that have been marked on the floor at an appropriate social distance. Tickets purchased for the drive-through experience will also allow the holder to return on foot at a later date. 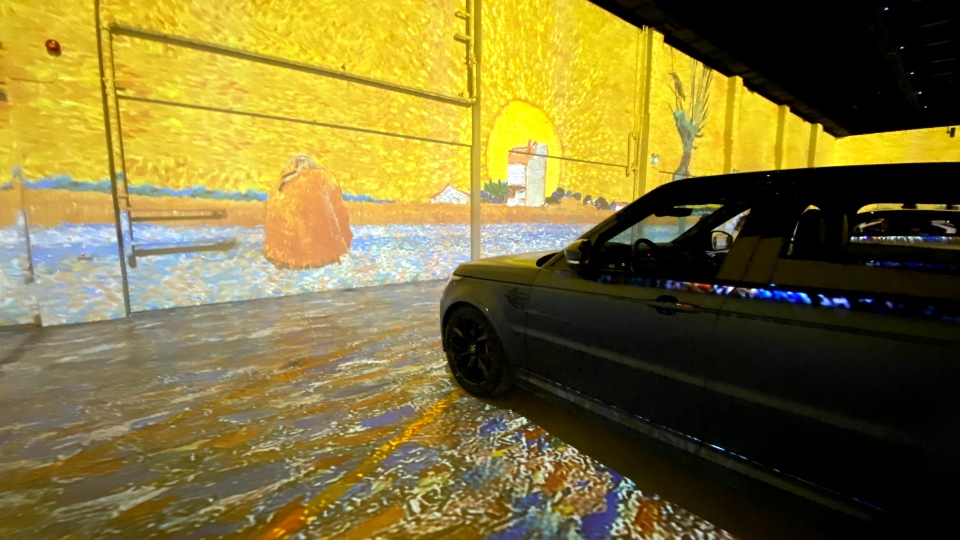 Organizers admit that launching a first-of-its-kind exhibition in the middle of a pandemic has come with challenges – though they say judging by advanced ticket sales, people are very interested.

With a laugh, Dvoretsky jokes “maybe years, many years after, somebody would want to look at our mind and see how we came up with this.”