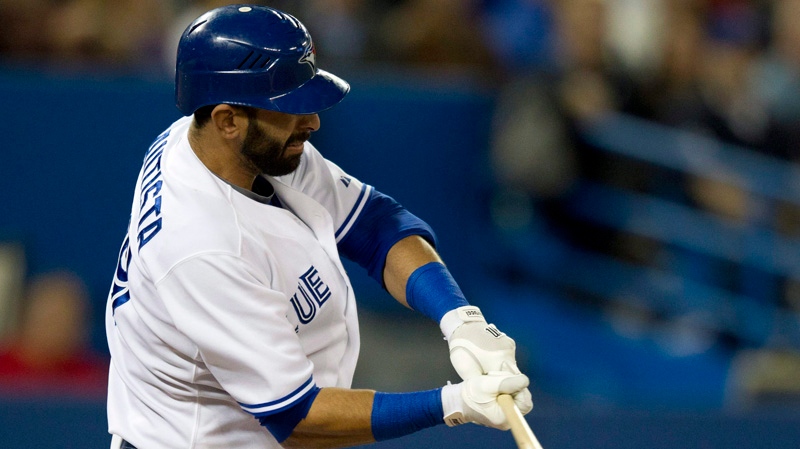 Michael Saunders hit a 10th-inning grand slam to lead the Seattle Mariners to a 9-5 victory over the Toronto Blue Jays on Friday night at Rogers Centre.

He belted a rainbow shot to right field off Luis Perez (2-1) to extend the Mariners' winning streak to four games and make a winner of reliever Charlie Furbush (2-1).

Saunders hit a solo homer an inning earlier off Francisco Cordero to halve the Blue Jays' two-run lead. The Mariners took advantage of some shoddy defence to score the tying run and force the extra frame.

Eric Thames and Edwin Encarnacion homered for the Blue Jays (10-10), who returned to the .500 mark with their fourth straight loss.

Toronto third baseman Brett Lawrie could have ended the game in the top of the ninth inning. He fielded a routine grounder but his throw to first base was in the dirt, allowing Kyle Seager to reach base.

Munenori Kawasaki came on as a pinch-runner and moved to third when catcher J.P. Arencibia's pickoff attempt sailed down the right-field line.

Dustin Ackley was intentionally walked before John Jaso drove in Kawasaki with the tying run on a single to centre field. Ackley tried to score but was thrown out at home plate to end the inning.

Toronto had built a 5-3 lead in the eighth when Thames hit a solo shot and Lawrie scored on a sacrifice fly from Arencibia.

Encarnacion opened the scoring in the second with a solo homer to deep centre field off Mariners starter Blake Beavan.

Seattle scratched out a run in the third inning after uncharacteristic back-to-back walks from Jays starter Ricky Romero. Saunders, who hails from Victoria, advanced to third on a fielder's choice and scored when Lawrie booted a grounder to third from Brendan Ryan.

The Jays made it a 3-1 game in the fourth inning. Encarnacion started the rally with a one-out double, Thames followed with an infield hit and Colby Rasmus drove both runners in with a double into the right-field corner.

Ackley led off the sixth inning with a double to end Romero's no-hit bid. The Blue Jays ace set down the next three Mariners in order.

Seattle chased Romero in the seventh inning. Jesus Montero hit a solo homer and Casper Wells drove in Miguel Olivo with a two-out RBI double. Reliever Jason Frasor got Ryan to fly out to end the threat.

Toronto nearly took the lead in the bottom half of the seventh but Mariners right-fielder Ichiro Suzuki threw out Arencibia at home plate to end the inning.

Romero allowed two earned runs over six-plus innings. He gave up four hits and three walks while striking out five.

Announced attendance was 24,303 and the game took three hours 35 minutes to play.