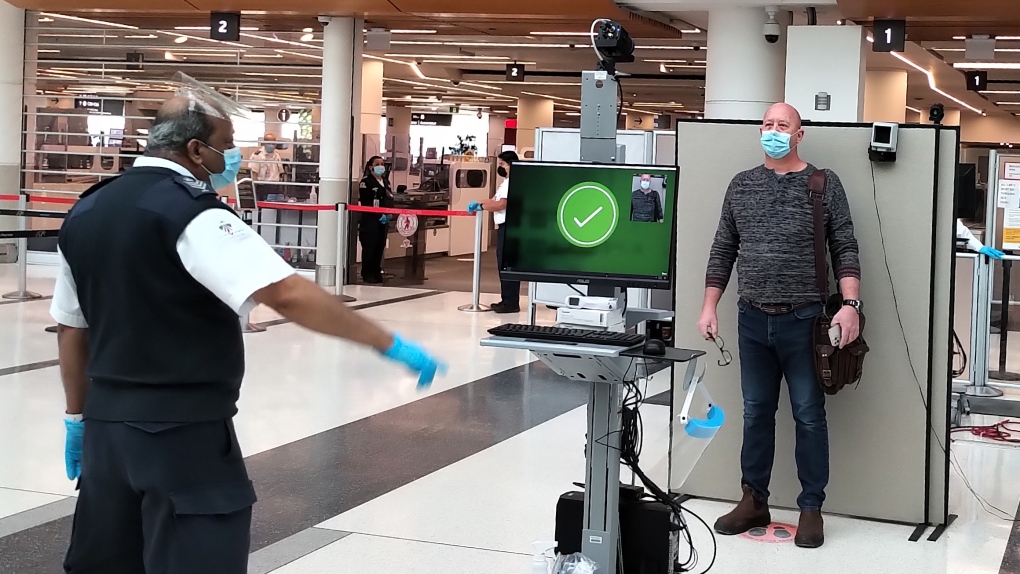 A passenger has their temperature taken at Pearson Airport in Toronto on Monday February 1, 2021. (CTV News Toronto)

TORONTO -- International travellers will have to take a COVID-19 test upon arrival in Ontario starting today in a bid to stop contagious new variants of the virus from further infiltrating the province.

Premier Doug Ford praised the prime minister for announcing the new federal testing plan, but said Ontario would conduct its own traveller testing until Ottawa's program kicked in.

The testing order comes into effect today at Toronto's Pearson International airport, and will also eventually apply to the province's land border crossings to the United States.

But schools in some other parts of the province harder hit by COVID-19 remain closed.

This report by The Canadian Press was first published Feb. 1, 2021.