Man who allegedly stole $8,000 guitar by hiding it in his pants sought by police north of Toronto

York Regional police are searching for a man who they say stole an $8,000 guitar from a music store north of Toronto last month by hiding it down his pants.

In a news release issued Wednesday, investigators said they were made aware of the alleged theft on Dec. 30 by a Richmond Hill music store located in the area of Leslie Street south of Elgin Mills Road East.

According to investigators, 10 days before the police report was filed, an unknown male entered the music store and stole a guitar by hiding it down his pants.

Police said the man then fled the area in a vehicle being driven by a second male suspect.

Images of both suspects have been released by police, as well as surveillance video which appears to show one of the men in the music store playing the guitar before he shoves it down his pants and covers the body of the instrument with his sweater.

The suspects are described by police as being white men in their 20s. The man who appeared to hide the guitar in his clothing was wearing “extremely large, baggy pants” at the time of the incident, police said.

An image of the stolen guitar was also provided by police.

The investigation into the incident is ongoing and police are asking anyone with information to contact them or Crime Stoppers. 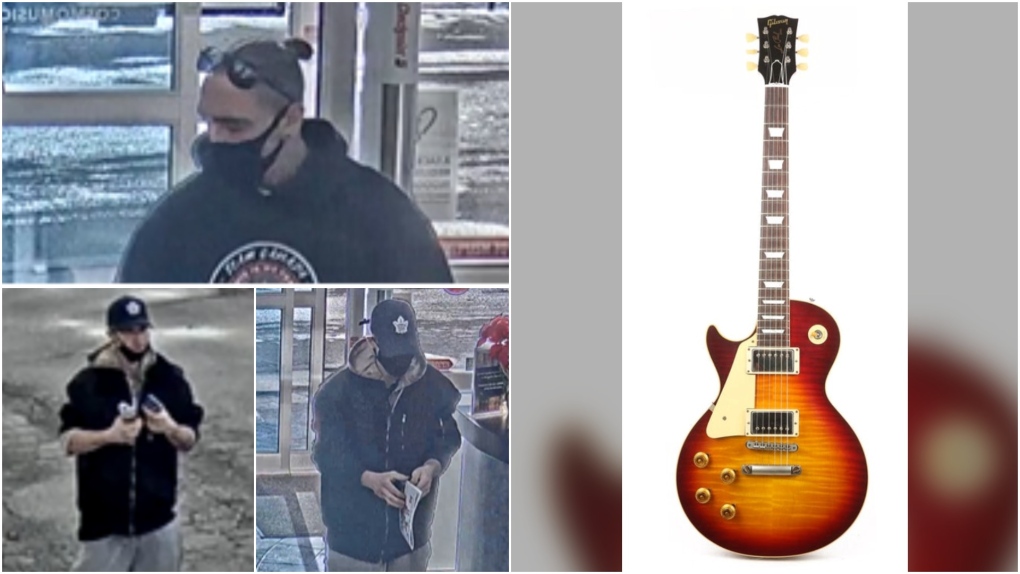 Russia's claimed seizure of a Mariupol steel plant that became a symbol of Ukrainian tenacity gives Russian President Vladimir Putin a sorely needed victory in the war he began, capping a nearly three-month siege that left the city in ruins and more than 20,000 residents feared dead.