Man dies after being pinned under concrete truck 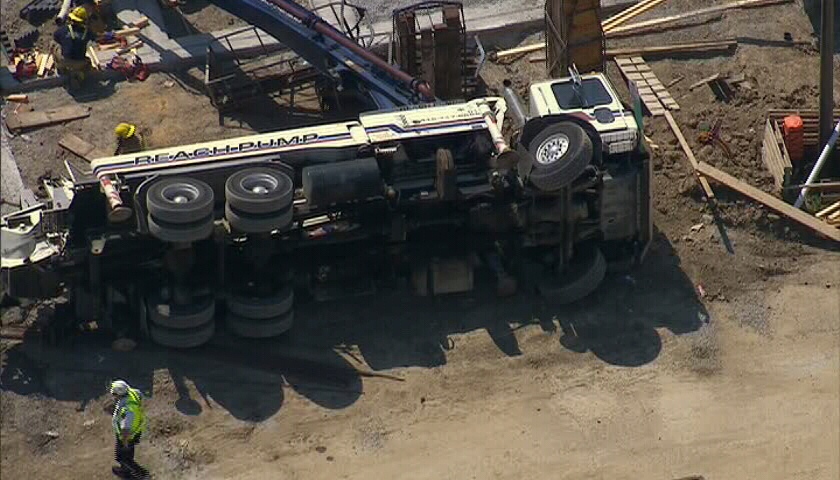 A dump truck is seen on its side after an industrial accident in Markham, Ont., on Thursday, July 12, 2012.

A construction worker has died after he was pinned under a concrete truck at a residential construction site in Markham Thursday.

York Regional Police said they got a call from a witness near McCowan Avenue and 16th Avenue just before 3 p.m., saying a man was trapped under the truck.

The man, in his 40s, was pronounced dead at the scene after the 60,000-pound loaded concrete pumping truck toppled over onto him.

Police said they were still investigating the cause of the incident.

The Ministry of Labour was also on hand to investigate