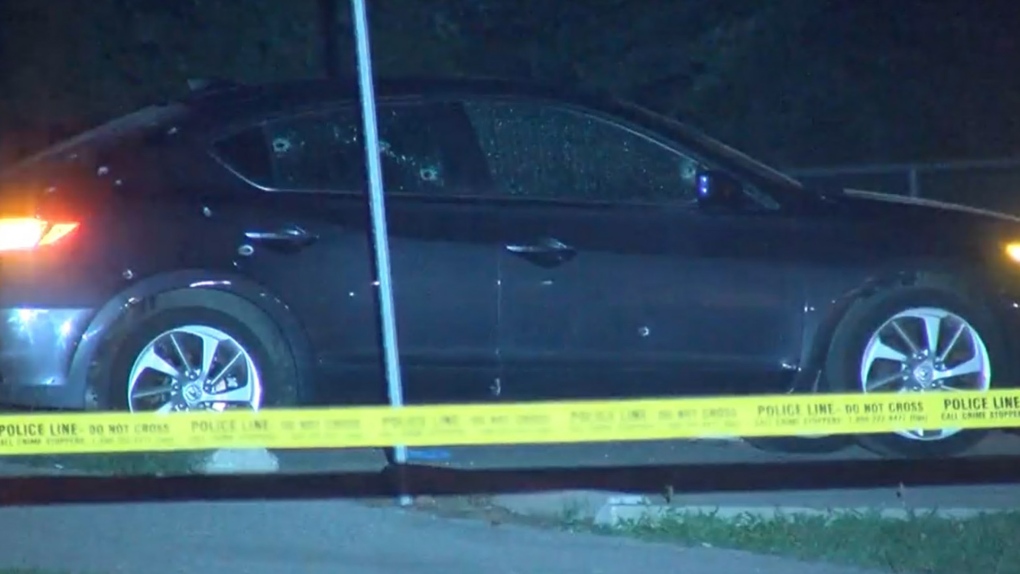 TORONTO -- A man and woman suffered serious injuries when the vehicle they were sitting in was shot numerous times in Toronto’s Chester Le neighbourhood overnight.

Toronto police say that at 12:22 a.m. Monday they were called to the parking lot of Chester Le Junior Public School, at Chester Le Boulevard and Morecambe Gate for reports of shots fired.

They arrived to find a man and woman suffering from multiple gunshot wounds.

Both were taken to a hospital trauma centre for treatment.

Investigators were seen examining an Acura sedan with at least nine bullet holes in it.

Dozens of evidence markers littered a laneway in front of the vehicle.

Police say they have no surveillance footage of the incident so far and did not release any suspect information.

Anyone with dash-cam footage or any other information is asked to call 42 Division.