Man airlifted to hospital in critical condition after Whitby crash

Man airlifted to hospital in critical condition after Whitby crash 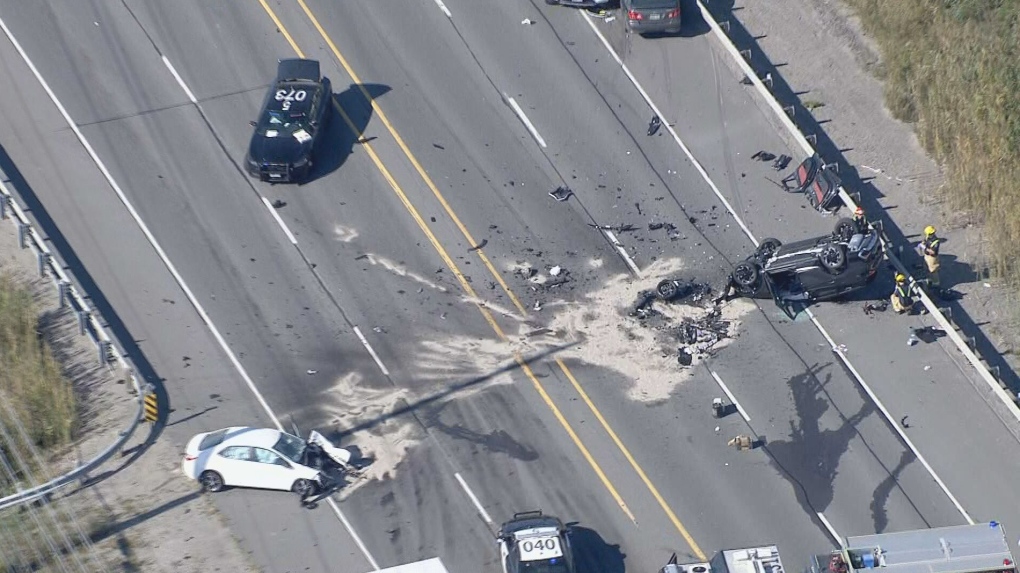 A man is in critical condition following a two-vehicle crash in Whitby Wednesday morning.

A man is in critical condition following a two-vehicle crash in Whitby Wednesday morning.

At around 10:40 a.m, the Ontario Provincial Police tweeted about a collision on Highway 7 between Coronation Road and Cochrane Street.

Ornge air ambulance says a man in his 60s was airlifted to St. Michael’s Hospital in Toronto with critical injuries.

It appears both vehicles sustained significant damage and one vehicle flipped over.

The OPP says Highway 7 is closed in both directions in the area as police investigate.

The head of NATO expressed worry that the fighting in Ukraine could spin out of control and become a war between Russia and NATO, according to an interview released Friday.

Tabloids fume, many in U.K. shrug over Harry and Meghan series

Britain's press erupted in outrage Friday at Prince Harry and Meghan's documentary series, which lambasts the U.K. media over its treatment of the royal couple.

Canadians sending parcels this holiday season may be surprised to see a steep surcharge on domestic shipping due to the high price of diesel.