The man accused of fatally shoving an 89-year-old woman in downtown Toronto refused to appear in court Wednesday and remains in custody pending a bail hearing.

Ryan Cunneen, 37, has been charged with manslaughter. The charge was upgraded from aggravated assault on Tuesday following an autopsy on the victim.

Cunneen, who has no fixed address, was arrested Friday after the incident near Yonge and King streets around 11:40 a.m.

On Tuesday, the suspect appeared in court by video from a holding cell. During that appearance, the judge read a list of people Cunneen was to stay away from.

Cunneen told the court he was tired and closed his eyes at time.

At the end he gave a "Thumb’s up," appearing happy to be leaving the court.

On Wednesday, when Cunneen refused to appear, someone in the court noted he was able to hear the proceedings over the phone. 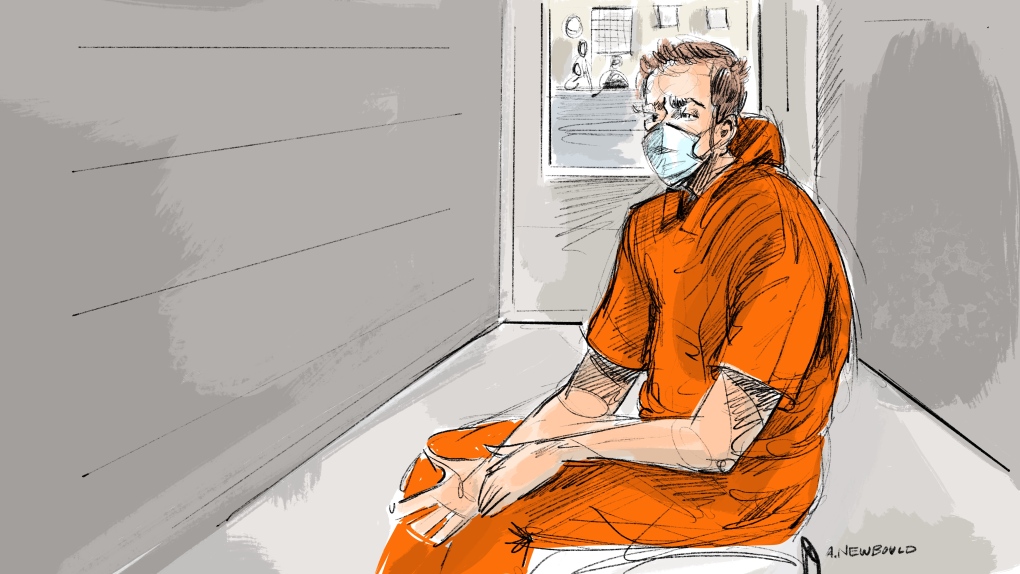 Ryan Cunneen, 37, of Toronto has been charged with manslaughter after a woman he allegedly pushed to the ground died of her injuries. (CTV News Toronto/ Alexandra Newbould)

Police have called the attack unprovoked, and said the woman had serious face and head injuries before dying. Security video from inside a nearby restaurant shows the woman fall forcefully to the ground, before a suspect is seen running.

Court staff said he was arrested in October 2020 in relation to that incident and released on an undertaking, meaning he promised the officer he would appear in court.

Staff said he went to court with a few appearances on that charge, until he got a bench warrant for his arrest on May 2021. These are issued when an accused repeatedly doesn’t appear for court appearances.

According to officials, he missed court appearances on April and May 2021.

Staff said on Jan. 20, after Cunneen was arrested in connection with the woman being pushed downtown, police then looked at information and fingerprints, linking him to the previous 2020 incident.

None of the allegations in court have been proven.