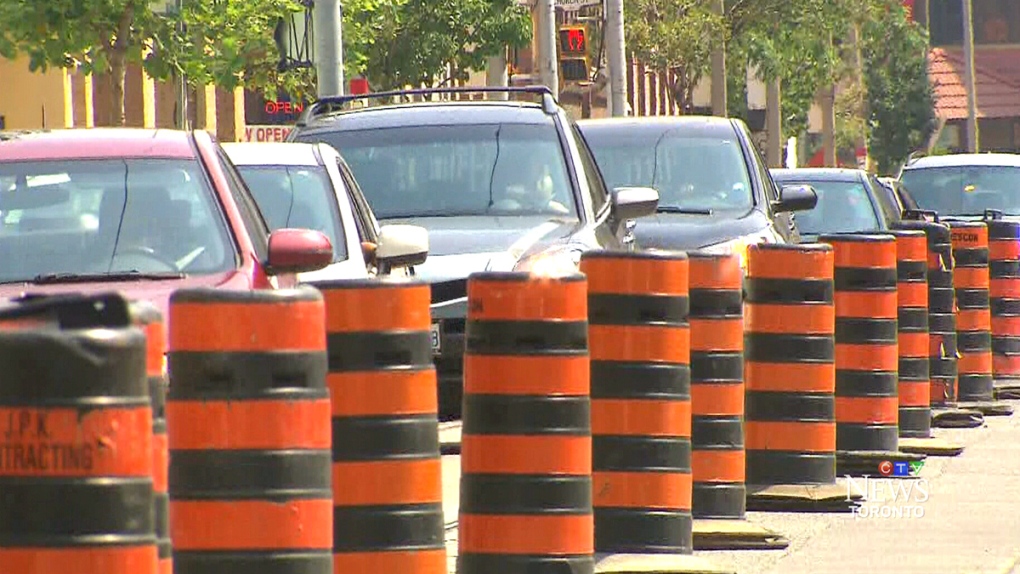 A new poll suggests that a majority of Torontonians are not in favour of long-term sidewalk and traffic lane closures in the city’s downtown core.

The Forum Reach survey, which randomly polled 757 Toronto voters, found that three quarters (76 per cent) disagreed with contractors closing off traffic lanes and sidewalks for long-term projects and developments while only 15 per cent said they believe the contractors should be allowed to do so.

“Torontonians are as fed up as Mayor Tory is with these constant lane closures and sidewalk diversions,” Forum Research President Dr. Lorne Bozinoff said in a news release in conjunction with the poll.

“One has to ask, will Toronto ever be finished?”

Another topic the poll touched on was how long developers and contractors should be allowed to close sidewalks and traffic lanes.

Earlier this month, Toronto Mayor John Tory announced that the city will no longer approve applications for developers who want to close city streets for long periods of time. Though city council voted to increase fees charged to developers who wish to block lanes or sidewalks back in 2015, Tory said the price hike hasn’t deterred developers like he had hoped.

“I tried the financial carrot and the results just aren’t good enough,” Tory told reporters on Oct. 11. “So, now we will have to use the regulatory stick.”

The survey is considered accurate plus or minus four per cent 19 times out of 20.