Listing for dilapidated Toronto garage goes viral: is it really worth $600K?

A property listing for a small lot with a garage near The Danforth that’s selling for nearly $600,000 has gone viral amid Toronto’s competitive housing market, but experts say it may actually be worth the money—to the right developer.

The listing was posted in early September and is being advertised as a “rare opportunity for someone looking to build in desirable Danforth Village.”

The lot itself, located in the Greenwood and Coxwell area, is about 20-feet-wide and 100-feet-deep and has a parking space. In photographs of the listing, a small garage can be seen standing between two houses. A parking space is visible in the front of the garage and a few trees and plants can be seen behind it. 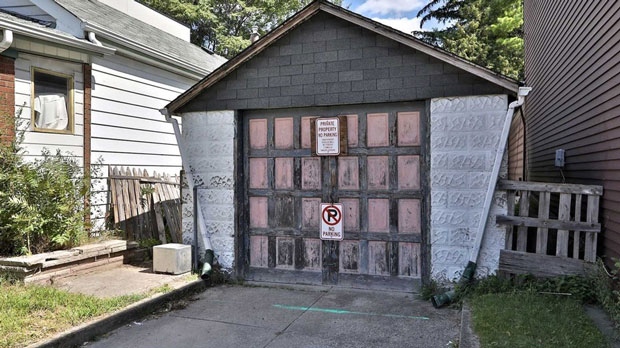 A property near Greenwood and Coxwell is being listed for $600,000. (REW/property listing) 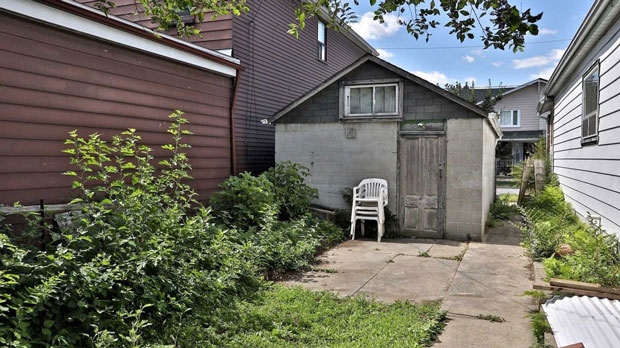 The back of the property is full of plants and trees. (REW/Property listing)

According to the listing, the contents of the garage have been removed. It is being advertised for $599,999.

Other homes in the area are being listed on the same website for at least $899,999.

“It’s probably still a little low,” said John Pasalis, president of Realosophy, of the property. “There aren’t a lot of lots that are 20-by-100 feet because, if you imagine, in East York there are houses everywhere.”

Pasalis said that the property may sell for about $700,000 at the end of the day and is most likely meant for a builder who wants to “buy it and flip it” or someone looking to develop a custom home—not a typical homeowner.

“This is basically a vacant lot,” he said. “if someone wants to build on it, they are going to spend half a million and have a decent house.”

Pasalis describes the listing as a “decent little lot,” but also said that it’s a relatively narrow property for a two-storey home.

Speaking with CTV News Toronto, the real estate agent who placed the listing said that parcels of land are difficult to come by.

“This type of property is a little interesting and more unique, and it’s a matter of looking at what could the land be worth,” Antigone Dallas said.

Dallas said that there have been a few new builds on similar sized lots in the neighbourhood.

“They’re popping up in the neighbourhood. People are not shy to make some changes, and that’s what they’re doing.”