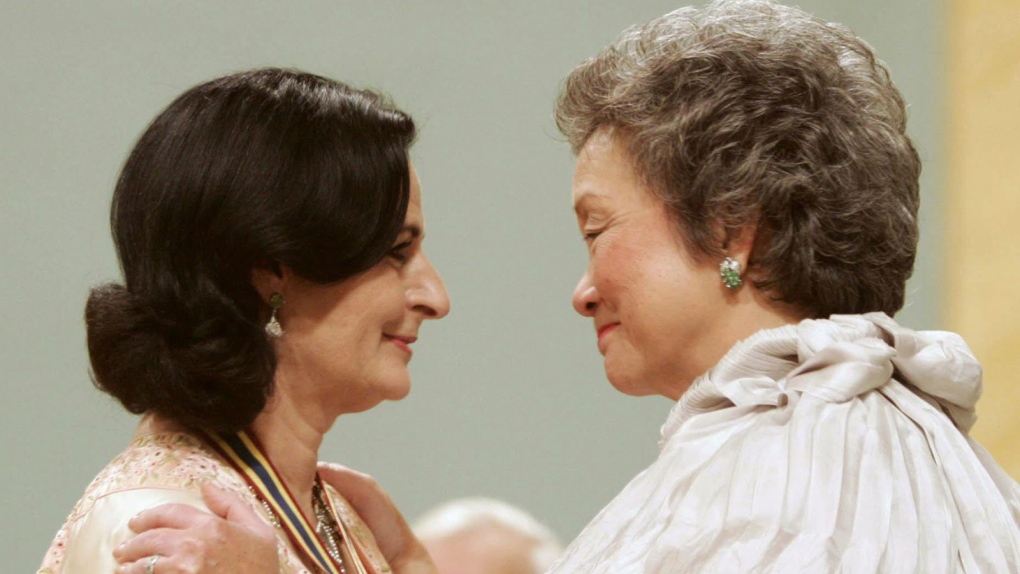 Veronica Tennant, pictured here with then-governor general Adrienne Clarkson, will be one of dozens of Canadian artists featured at the Pan Am Games. (Tom Hanson / THE CANADIAN PRESS)

Both are among the dozens of established and emerging artists commissioned for the Games' arts and culture festival, which will run from July 10 to Aug. 15, 2015.

The festival will feature more than 25 unique works by Canadian artists in theatre, photography, dance, music, spoken word and visual arts on the themes of Canadian identity, immigration and water.

The projects will be staged or displayed throughout the city, in locations such as Nathan Phillips Square and the Distillery District, as well as online.

Lepage will both direct and star in his piece titled "887," an exploration of memory.