Is the paperless office a digital dream? 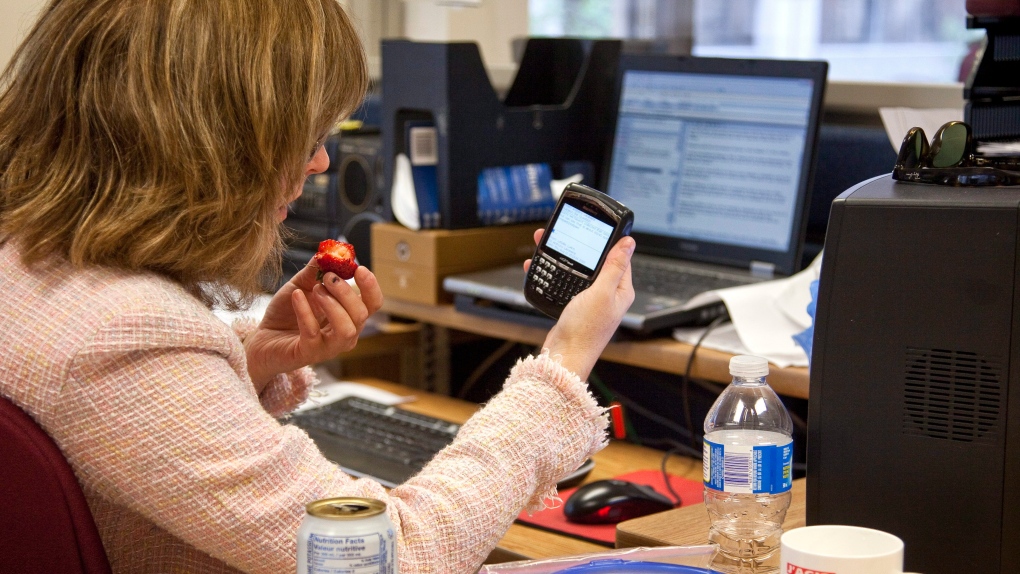 An office worker checks email during a lunch break at work in Montreal, Thursday, Aug. 12, 2010. (Paul Chiasson / THE CANADIAN PRESS)

Tablets, flat-screen monitors, smartphones -- most offices are stocked with gadgets that would make it possible to go paperless. But despite the many technological advances in recent years, the so-called "office of the future" still hasn't arrived.

Some companies have been trying to create a paperless office since at least the mid-1970s. In Toronto, Sensibill -- a startup that creates apps that allow shoppers to access their digital receipts from a smartphone -- has embraced the idea.

Not only do they allow their clients to go paperless, but the company has also attempted to eliminate their own paper trail by making sure most of their documents are electronic.

"You don’t see a lot of paper around the office," Sensibill's CEO Corey Gross told CTV Toronto. "There's some stuff you can't avoid, obviously, like legal documents and stuff that ends up being hidden in our lockboxes and filing cabinets. But for the most part, this is a digital office."

But Sensibill is likely not a typical office. Many companies say a paperless workplace is likely a pipedream, and according to one expert, some offices have actually increased their paper consumption in recent years.

"At one point, we did realize that in this business, the computer age was coming. However, we find that the paper has not depleted as much as what we’d anticipated it to be," said Bob Wallace, a general manager at Wasteco, a shredding and waste collection company.

"In some cases, it may be about the same, if not more."

Many companies also say there's a security issue as digital records may not have the same permanence as paper.

"If you’re a small business owner … can you afford to lose your corporate memory, your corporate records?" said Joanne McNeish, with Ryerson University’s TED Rogers School of Management. "Or if seven years from now, the Canada Revenue Agency comes knocking and says, 'I'd like to see that receipt from 2015.'"

There's also a link between memory and paper -- another reason many offices may be reluctant to go completely digital in a digital age.

"Paper engages three of our senses unlike digital information -- it engages the visual, the haptic, and the tactical," McNeish said. "Our memory is supported by our senses and with digital, there’s no memory support. If you don't remember where you put it, filed it, saved it, that's a problem."