Complaints of trash illegally dumped on Toronto streets have doubled as city enforcement has plummeted -- a recipe, some residents say, for smelly and unsightly garbage to litter neighbourhoods.

Urgent pandemic needs pushed the city to re-task workers away from illegal dumping investigations, city staff say, and they haven’t returned, exasperating Toronto residents like Jeff Green, who has been photographing an informal dump site that hasn’t gone away for months.

“No one wants that. No one likes seeing a pile of garbage around their house,” Green said in an interview next to a pile of carpets, cardboard and Styrofoam immediately underneath a City of Toronto sign that warned of fines and punishments.

“The garbage piles have been everything from bicycles to furniture to mattresses to the most disgusting things you can imagine,” Green said.

His photos show splintered wood, rubber tires, cardboard, clothing, and bags repeatedly piled next to a tree at Garrett Boulevard and Wilson Avenue. The city put up a sign in response to his complaints, but he says the garbage kept coming. And another resident made their own sign. 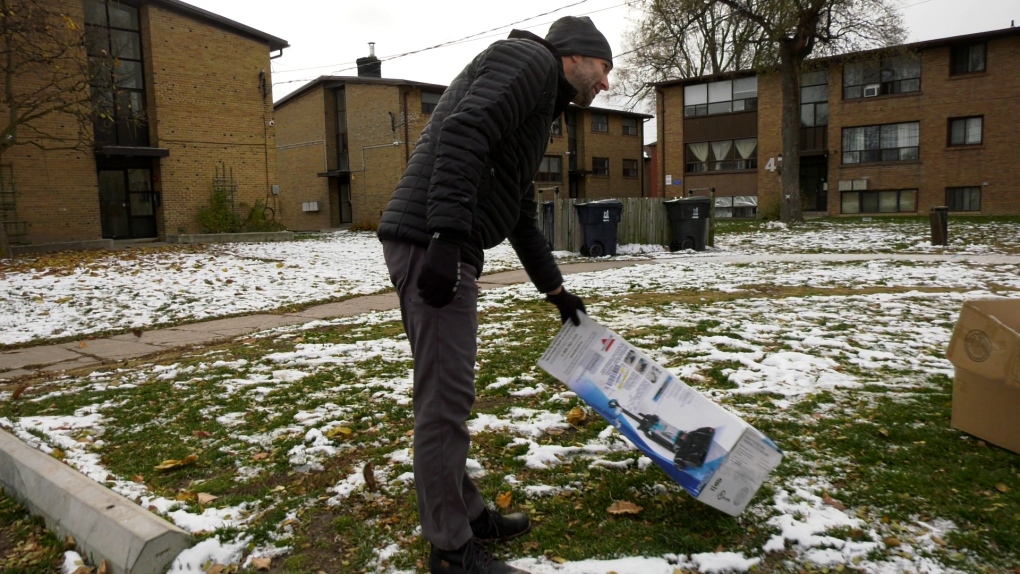 Jeff Green holds up a piece of garbage near an illegal dumping site in Toronto in this undated image.

City figures show complaints of trash dumped on public roadways was about just over 300 per year in 2018. Since then, it’s been on a steady increase, now more than doubled to about 750 so far this year.

City staff said in an email that it takes time and resources to track illegal dumpers down, and didn’t take priority when city staff were also tracking compliance of a whole new suite of health-related rules.

“During the COVID-19 pandemic, there were times when enforcement resources had to be directed to urgent pandemic enforcement efforts,” a city spokesperson said. 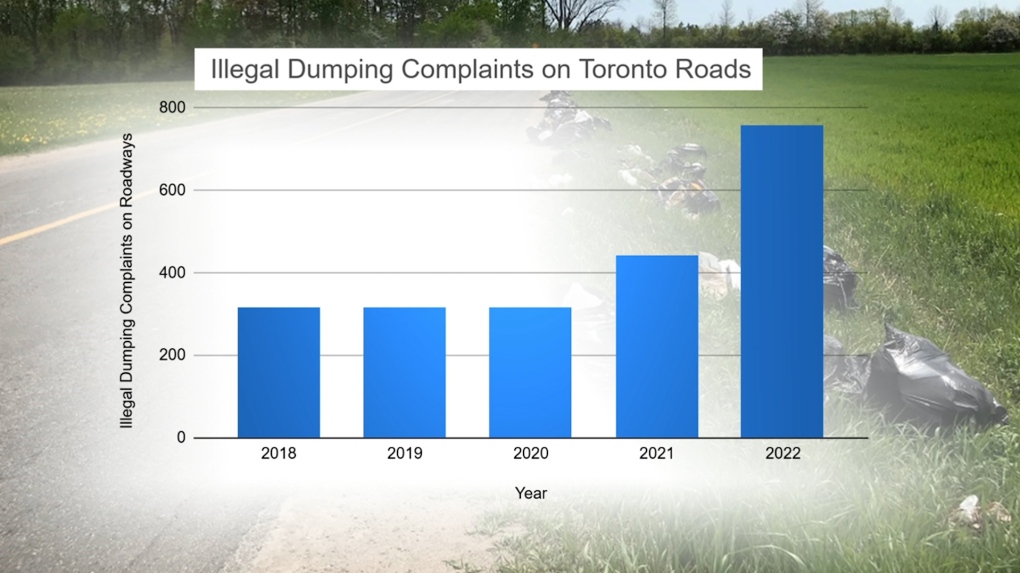 This graph shows the number of illegal dumping complaints received by the City of Toronto per year.

CTV News decided to put a hidden camera to watch a known dump site, with a resident’s permission. In the week we watched, no one seemed to add to or take away from the pile.

So we took a look at the packaging in the waste pile -- to find something else left behind -- packaging, with an address.

We followed the address to a nearby apartment. A woman who lives there told us she never received the package -- and suspected that it was stolen and the packaging dumped nearby.

Toronto Councillor Jennifer McKelvie, who chairs the city’s Infrastructure and Environment Committee, said the figures are concerning -- and worth bringing up at city council.

“We did redeploy in many different areas in the pandemic. We’re looking at bringing them back, returning to normal service levels,” she said.

When the city parks were inundated with trash, city staff did repurpose their time and the city picked up more than 250 tons of garbage, she said.

“It is a big problem and has a big scope,” she said, adding that city staff would get a request to clear up what their plan is to deal with the citywide trend. “I think we have to ask city staff to dig deeper.” 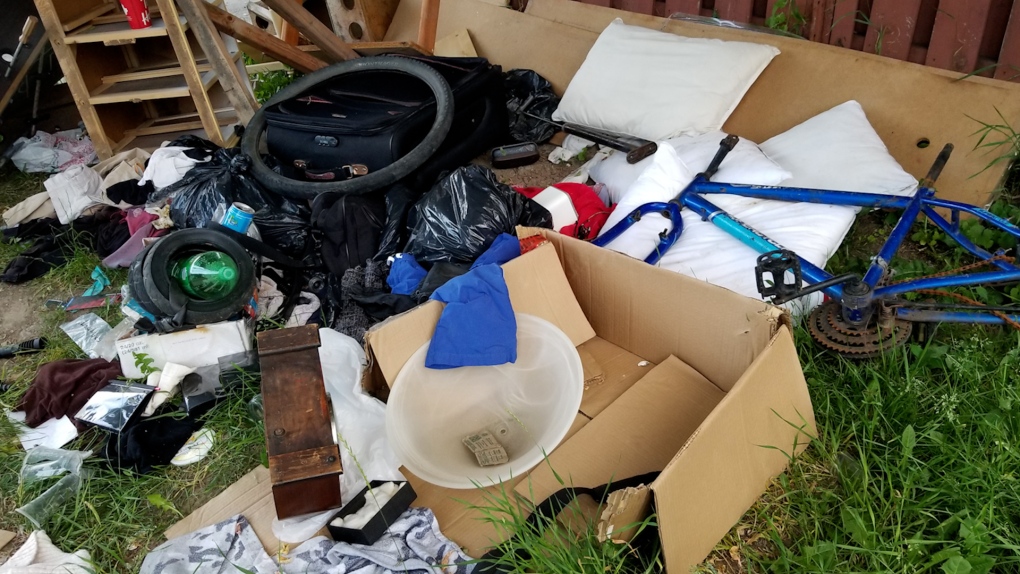 A pile of trash is seen at an illegal dumping site in Toronto in this undated image.

'Don't be numb to this': Battling despair over gun deaths

When President Joe Biden signed a bill last year to fight gun violence -- the first such measure to pass Congress in a generation -- a substantial majority supported it. But 78 per cent said they believed it would do little or nothing at all, a survey by the Pew Research Center found.