TORONTO -- When the COVID-19 outbreak put elective surgeries on hold, it raised concerns for expecting parents in Canada looking for an in-utero surgery that can repair spina bifida in unborn children.

This winter Amanda and Devon Allenby of Chilliwack, B.C. learned their son had the condition, a structural defect of a baby’s central nervous system that occurs while a fetus is still inside the womb.

“We were told because of COVID, we were not going to be able to have fetal surgery,” Amanda said.

The Ontario Fetal Centre at Mount Sinai Hospital, in partnership with the Hospital for Sick Children, is the only place in the country that performs the procedure and was paused for several weeks as a result of the pandemic.

To overcome the challenge, the medical team started virtual appointments for the first time which helped prepare Amanda for the surgery as soon it could resume.

With fear of the virus spreading, she made the trip from B.C. and stayed in Toronto for 20 days, and ended up having the surgery on May 7.

Dr. Greg Ryan is the head of the fetal medicine program at Mount Sinai Hospital and the Ontario Fetal Centre. He said Amanda was the first patient to have the surgery after the COVID-19 pause partly because the centre managed to connect with the couple online.

The Allenbys said although their son isn’t out of the woods yet, he is doing well, and will be born at the end of July.

“It’s one less procedure he’s going to have to go through and I’m super thankful to the doctors and physicians who were able to accept Amanda and get it done for her,” Devon said. “A huge weight lifted off our shoulders.”

Ryan says that one of the “good things” that has come about as a result of COVID-19 is his facility’s ability to speak with patients virtually, before they meet in person.

"We see patients from all over the country. They may fly for six or eight hours to come and see us. We are not going to do that,” Ryan said. “Even post-COVID, we will have all of these consults virtually. They’ll meet the specialists, they’ll know who they are coming to see.”

The difference in-utero surgery can make

The in-utero surgery for spina bifida involves opening the mother’s stomach and taking the baby out of womb, according to Ryan.

Three years ago, two-year-old Eiko was the first baby to undergo the surgery in Canada.

Prior to the procedure, mother Romeila Son said she was told her daughter faced paralysis, living in a wheelchair and brain damage. 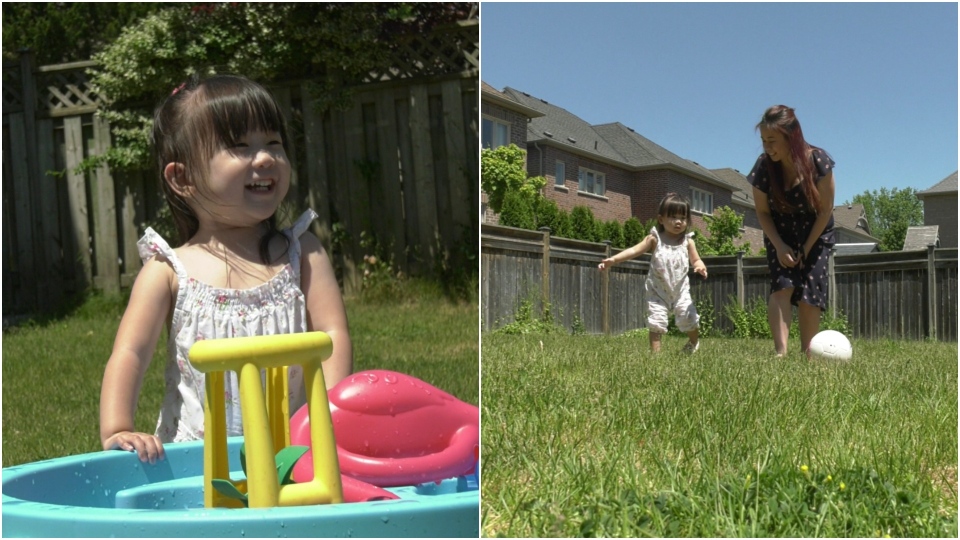 Ryan says spina bifida is one of the most common abnormalities that kids can have, with about 200 to 250 cases appearing every year in Canada.

Not all babies are candidates for the surgery, but, based on studies, the children who undergo the operation fare better post-birth than babies who do not, he said.

“More of them can walk, there were fewer who needed a shunt, which is a little tube that drains the fluid from the brain. There were fewer of them who had their brain being dragged down into the spinal [cord] through the opening of the bottom of the skull which happens with spina bifida,” said Ryan.

Ryan said he is just one member of the team that makes the surgery possible, which involves nurses, neurosurgeons, cardiologists and social workers, to name a few.