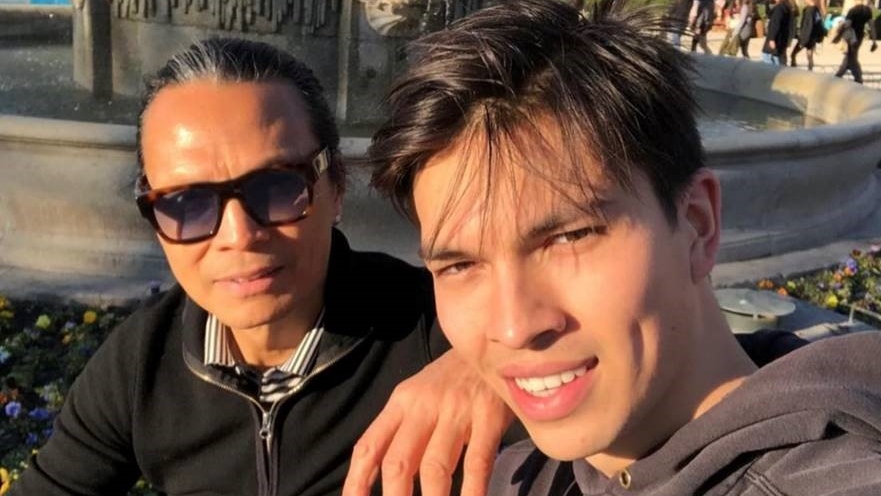 Susur Lee, the Iron Chef and Toronto-based restaurateur, is better known on TikTok as Jet Bent-Lee’s father—the one who turns junk food into gourmet meals.

It began a year and a half ago when Jet ordered a waffle fry, spicy chicken sandwich, nuggets and a lemonade from Chick-fil-A.

“Eh, dad. Can you turn this gourmet?”

“Suddenly, he wants to do something with me. I'm so excited to do things with him. It doesn't matter what it is,” Susur told CTV News Toronto. Jet, 24, is his youngest son. “I have a soft spot for him.”

Since then, the two have chronicled dozens of videos—in some cases viewed by upwards of 34 million people.

The concept is entrancing. Jet hands Susur junk food – anything from McDonald’s to a KitKat – and his dad turns it into a meal that no longer resembles its origin. Instead, the food looks more like to a dish Susur would serve at his King Street restaurant, Lee.

Beyond the delight of the food itself, there is an element of intimacy in their videos, which typically take place at their Toronto home where Susur can be seen in flannel pajama pants with his dogs trotting around in the background.

Turning dollar ramen gourmet 🤩…what should we do next?

But more intimate than the scene itself, is the rawness of their interactions.

“I think it is the relationship,” Sursur said. “He reads my emotions. Sometimes he walks up and says, ‘Dad, are you okay?’ I say, ‘How do you know?’ He just saw me and it completely changed my spirit, just because he read me.”

This playfulness starts from the first frame – Jet throwing his dad a banana who then dips into a deep squat to catch it – to the final image of Susur smothering his son in an embrace after receiving a 10/10 rating on his spring rolls oozing with peanut butter and jelly.

The thousands of comments that roll in mirrors an affection the audience has for their relationship. One user writes, “The hug at the end!” while another says, “I love you guys.”

“I think that part is really big,” Susur said. “Because, we're not just on camera doing that, spending time. When we go out, when we hang out, we are just exactly like that.”

Despite their dynamic-duo energy, and Jet’s “chef’s hand,” according to his father, Susur says they are not looking to enter the restaurant space in a more professional capacity together.

“I still think he shouldn't be in the restaurant business. It’s too hard, too hard. I think he’s very good at what he does. So I really encourage it,” he said.

Jet is behind the music, filming and editing of their videos, which have contributed to his stunning figures when it comes to followers: 2.8 million on TikTok, more than 51,000 on Instagram and 246,000 YouTube subscribers.

When it comes to the continuity of their videos, Susur says they have no plan to pause them, with their latest one coming out just last week.

“I’m starting to really get to know him as a person, not just as a son. So that part is, it's a huge development. I can share some of my life as a father, and also as a friend.”

Parents of boy, 2, among dead at Fourth of July parade shooting

Aiden McCarthy's photo was shared across Chicago-area social media groups in the hours after the July 4 parade shooting in Highland Park, accompanied by pleas to help identify the 2-year-old who had been found at the scene bloodied and alone and to reunite him with his family. On Tuesday, friends and authorities confirmed that the boy's parents, Kevin McCarthy, 37, and Irina McCarthy, 35, were among seven people killed in the tragedy.

Despite fears of arrest, some Russians refuse to halt war protests

Despite a massive government crackdown on protests against the war in Ukraine, some Russians have persisted in speaking out against the invasion.