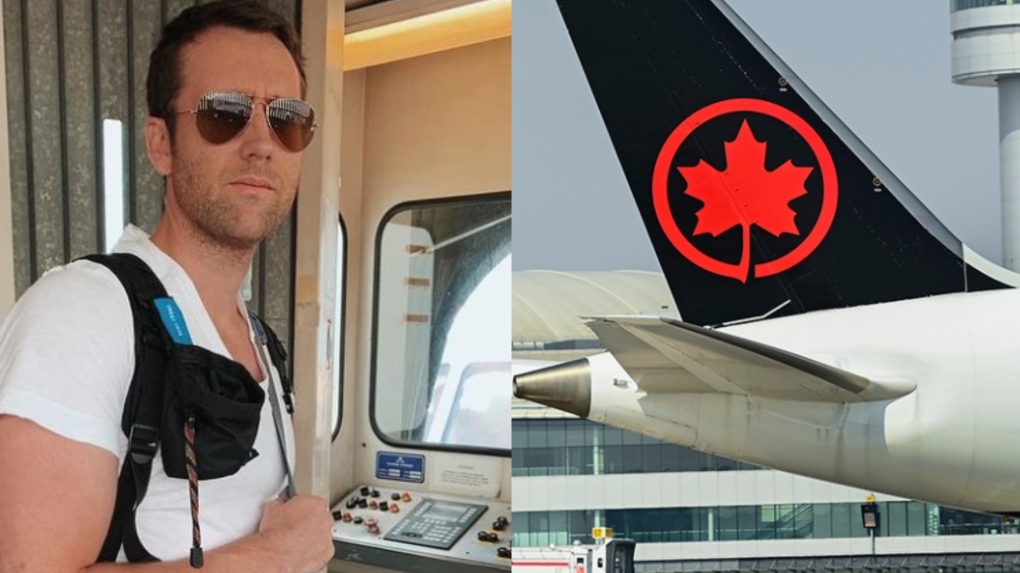 An actor known for his role in the Harry Potter franchise took to Twitter Friday to share his experience with Air Canada during a trip to Toronto.

Lewis says representatives for the airline kicked him out of first class on Friday morning with little notice or explanation when he approached the gate at Orlando International Airport, ripping up his ticket.

Confirmed. @AirCanada is the worst airline in North America. And that’s saying something.

“Literally tearing my ticket up. No explanation other than “full flight,” the actor said.

“They said if I wanted to sort it I should go to customer service. I asked where that was. “Toronto.” I’m in Orlando.”

In a statement to CTV News Toronto, Lewis said he hadn’t made it to Pearson yet to speak to an Air Canada representative.

“Air Canada customer service is s***e,” he said. “And we as a society should not be okay with normalizing the profiteering of overbooking and kicking people off flights.”

When reached for comment, Air Canada told CTV News Toronto the matter was under review, and can't yet provide further comment. The airline responded to Lewis' tweet Friday, saying they regret to hear of his experience, and asking the actor to direct message them for further assistance.

Lewis is scheduled to make an appearance at this year’s Fan Expo on Aug. 27 and 28.

Food prices in Canada will continue to escalate in the new year, with grocery costs forecast to rise up to seven per cent in 2023, new research predicts.

Ukrainian officials reported a new barrage of Russian missile strikes across the country Monday, an attack that was anticipated as Russia seeks to disable Ukraine's energy supplies and infrastructure with the approach of winter.

Bob McGrath, an actor, musician and children's author widely known for his portrayal of one of the first regular characters on the children's show 'Sesame Street' has died at the age of 90.

Former U.S. President Donald Trump faced rebuke Sunday from officials in both parties after calling for the “termination” of parts of the U.S. Constitution over his lie that the 2020 election was stolen.