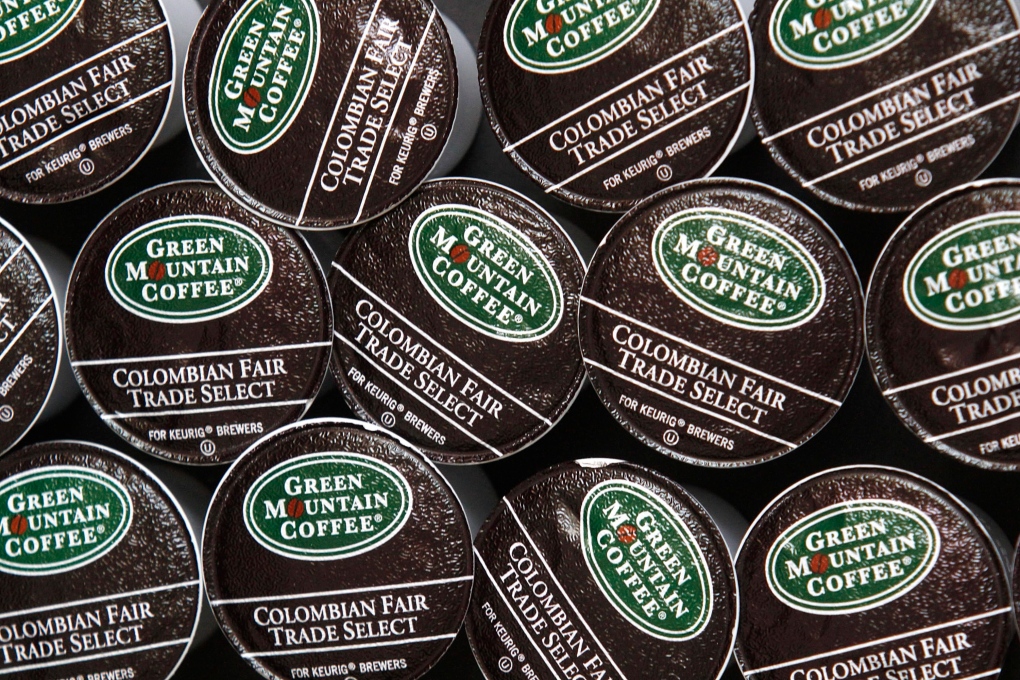 In this May 21, 2012 photo, Colombian Fair Trade coffee by Green Mountain Coffee Roasters are displayed for a photograph in Montpelier, Vt. (AP Photo/Toby Talbot)

MONTREAL -- Green Mountain Coffee Roasters Inc. is closing its Toronto facility and putting 120 employees out of work as it consolidates production at its Montreal plant to support its growth in Canada.

The Vermont-based company, known for its Keurig brand single cup coffee pods, said Thursday that it expects the Toronto facility to close by March 5, 2014.

"After careful analysis of facility-specific operational costs and the Toronto facility's inability to expand to accommodate future growth, it was clear that consolidating our Canadian-based production to our Montreal facility is the right business decision to support our strong and growing presence in Canada," said president and CEO Brian Kelley in a news release.

"We recognize the impact that this action has on our employees and their families and intend to support them through the transition process."

Kelley said the Green Mountain Coffee has expanded its Montreal facility by 40 per cent this fiscal year.

The company said the closure will result in a one-time, pre-tax charge in the fourth quarter of fiscal year 2013. But added that the impact of the one-time charge won't impact is financial results in fiscal 2013.

Green Mountain Coffee said it will manufacture all of the licensed, Keurig Brewed K-Cup and Vue packs for use in its Keurig brewers in seven facilities in the U.S. and at the Montreal plant.

The company said it employs about 6,250 regular and temporary employees globally.