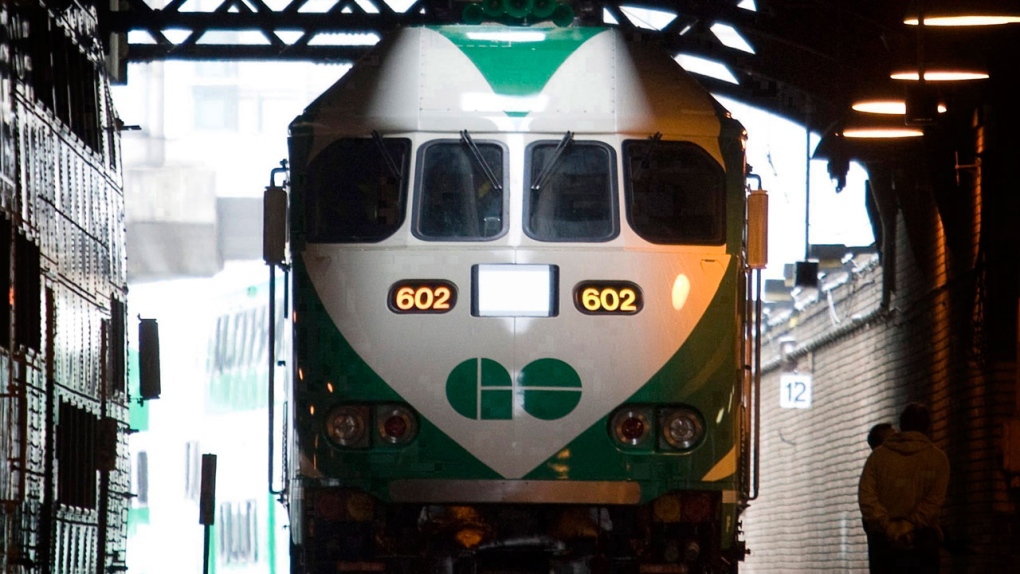 An MP40 locomotive sits on the tracks at Union Station in Toronto, Tuesday, Jan. 15 2008 prior to a photo op as GO Transit showed off the first of 27 new locomotives. THE CANADIAN PRESS/Adrian Wyld

GO Train service has resumed after a fatality on the tracks in Aurora shut down the Barrie Line Wednesday afternoon.

Service was suspended around 3:30 p.m. after York Regional Police reported the death, which occured near Keele Street and Kirby Road.

Passengers travelling to York University GO and Downsview Park GO stations were allowed to use their fares to access the TTC, officials said.

Officials said it would take at least two hours for service to resume.

Anne Marie Aikins, a spokesperson for Metrolinx, said that the transit agency is working on getting a shuttle between Maple and Union station.

“Emergency workers are onsite and trains will not be able to move through the area for about two hours,” official said in a tweet.

As a result of an earlier fatality, #GOtrain service on the Barrie Line will only travel as far north as Maple GO. The investigation is still ongoing. You may wish to consider alternate travel arrangements to get yourselves home this evening.

About 8,000 people take the train on the Barrie Line during rush hour, Aikins said. Customers can still expect delays throughout the evening.