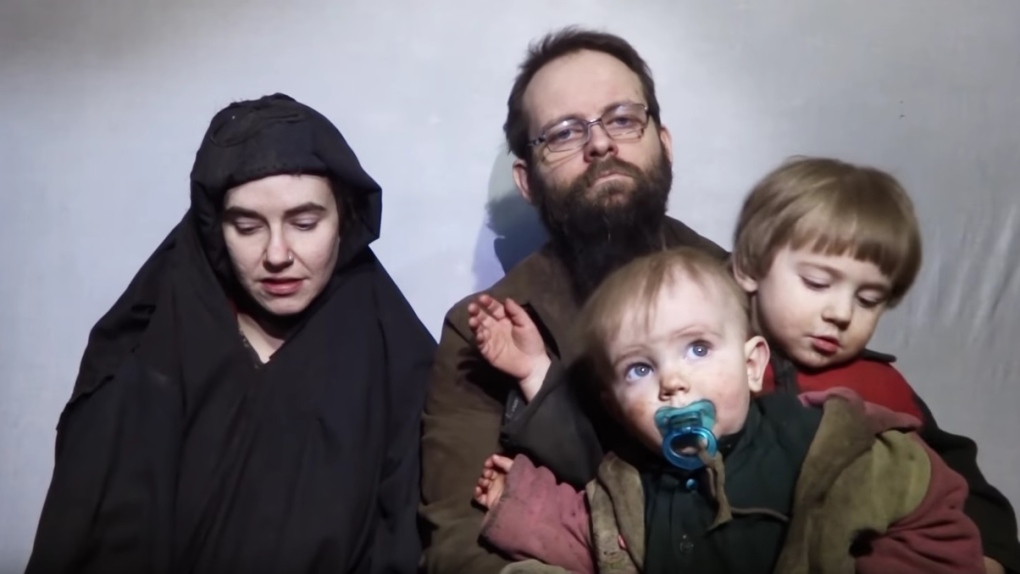 Canadian Joshua Boyle and his American wife Caitlan Coleman are shown with their children in a still from a video posted online. (YouTube)

OTTAWA -- Newly unsealed court documents are giving a window into a custody battle between a Canadian man and his American wife who were kidnapped and held hostage in Afghanistan for five years.

The family court documents detailing the dispute between Joshua Boyle and Caitlan Coleman over their three children, all of whom were born in captivity, were previously covered by a publication ban.

Coleman, who was kidnapped with Boyle while the two were backpacking in Afghanistan in 2012, sought the court's permission to leave Canada and return to the U.S. with the couple's children.

Boyle tried to prevent his wife, who is expecting a fourth child this month, from relocating and asked that his parents and sisters have access to the children.

Engelking gave Coleman temporary sole custody and allowed her to relocate the children to Pennsylvania, where her parents live, pending the results of the custody battle.

Boyle is currently free on bail awaiting a separate criminal trial over charges of assault allegedly perpetrated after the family was rescued in Pakistan and returned to Canada last October.

Boyle denies any wrongdoing and the charges have not been tested in court.