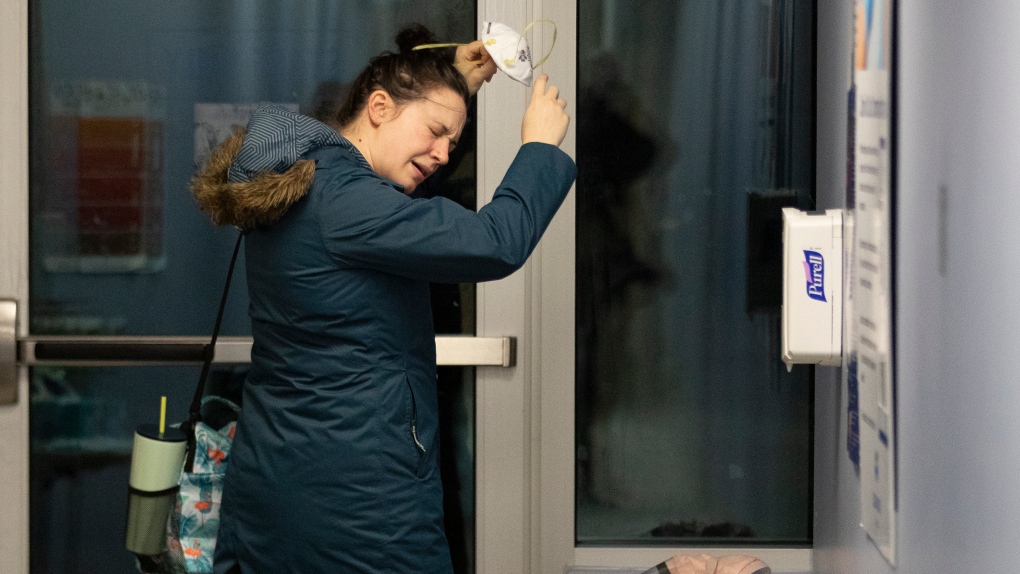 A health-care worker discards her mask at the end of their shift at the Bluewater Health Hospital in Sarnia, Ont., on Wednesday, January 26, 2022.THE CANADIAN PRESS/Chris Young

Premier Doug Ford’s decision on whether or not to lift mask mandates in public places in Ontario will be based on the advice of the province’s top doctor, who said that the recommendation could come as soon as mid-March.

“I’ve been accused of being the most cautious leader in North America when it comes to this pandemic. I’m going to continue being cautious. But we also have to move forward, we have to get back to normal,” the premier said during a news conference Friday.

“And that’s why I’m going to follow the advice of [Chief Medical Officer of Health] Dr. Moore.”

A day earlier, Moore explained that his team would begin reviewing masking in public spaces, including schools, in the “second or third week of March” and that a decision on the matter would be made “in that timeframe.”

Recommendations on masking in other public spaces, such as subways and buses, may also be made at that time.

“If and when we transition, it would be from a mandate to mask to a recommendation to mask,” Moore said.

Moore added that he “hoped” vulnerable members of the community that are at risk of catching the virus would continue to mask should a recommendation be made to end the mandate.

Masks in public spaces, such as stores, event spaces, entertainment facilities and ride share services, have been required in Ontario since July of 2020.

Moore has been increasingly optimistic about Ontario’s COVID-19 situation in recent weeks as hospitalizations and ICU admissions related to the virus continue to drop.

As those public health indicators improve, the province moved into the next stage of its reopening plan on Thursday -- four days ahead of schedule -- and announced earlier this month that it would drop its proof-of-vaccination requirement on March 1 at all non-essential businesses.

Although Moore acknowledged that there is still an existing risk related to catching COVID-19 at a population level, he also advised that vaccination policies in colleges and universities, as well as within the province’s health-care system, are no longer necessary and that their removal should align with when the mandate lifts at a population level.

“The worst is behind us,” Moore said.

Protester with rainbow flag runs onto field at World Cup

A protester ran onto the field Monday carrying a rainbow flag and wearing a blue Superman T-shirt that said 'SAVE UKRAINE' on the front and 'RESPECT FOR IRANIAN WOMAN' on the back during a World Cup match between Portugal and Uruguay.