The Friday before Thanksgiving is a busy day for the staff of La Boucherie Fine Meats in Toronto's St. Lawrence Market.

"It's crazy" said owner Andy Spiropoulous. "It fluctuates up and down like the stock market."

But Spiropoulous isn't talking about business, he's talking about the prices of his meat. He estimates that turkey is a dollar a pound more expensive this Thanksgiving over last year — a cost that adds up for consumers.

The rising prices of grocery items have been noticed by shoppers over the past year. Wayne Campbell, loading groceries into his car outside of a Scarborough Metro says, "I know the prices have changed, because I do all the grocery shopping. Eggs, for example, used to be $2.99 and now they're $3.29."

From turkey to eggs, and just about everything in between, shoppers are paying more this Thanksgiving than in previous years.

Food price experts say the pandemic, and supply chain issues, may be part of the reason for rising prices, but that cost is also on the rise for those who get the food to the consumer.

"Labour shortages are impacting wages," said Charlebois. "Employers are actually paying employees more which is great news for employees, but the agri-food sector is a high volume low margin environment. And so, if you are paying more for wages eventually you have to adjust prices."

Retailers say they're taking the brunt of customer's frustrations. 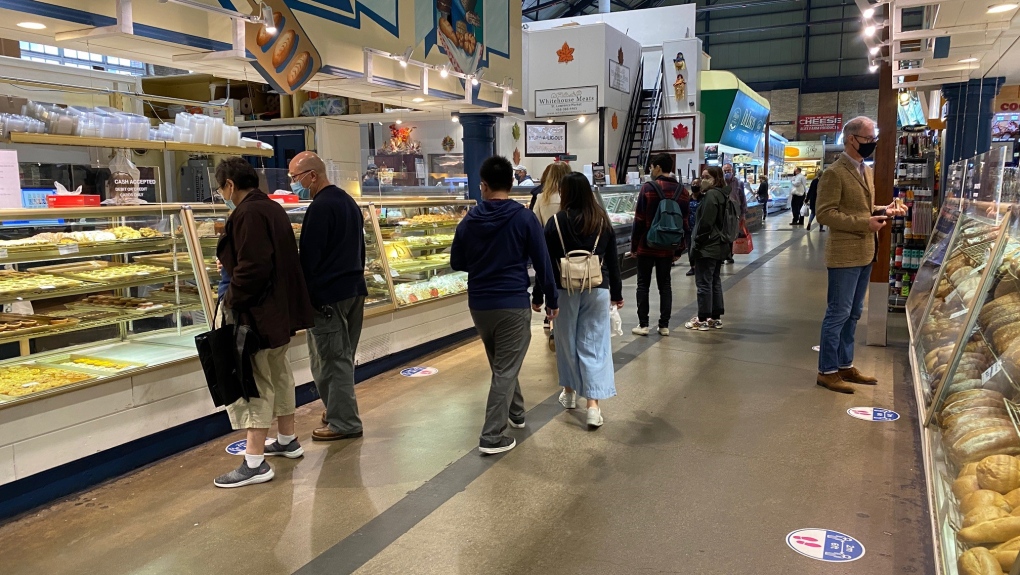 St Lawrence Market in Toronto photographed on Oct. 8, 2021, before thanksgiving weekend. (CTV News Toronto/Brian Weatherhead)"It's not our fault," said Spiropoulous, "the customers always blame us because they think we're gouging them but we're trying to do our best to help the consumers out."

Many vendors in the market say they've been eating the rising costs of their products, to prevent them from losing market share.

Waving his arm over shelves of fruits and vegetables, the longtime owner of Ponesse Foods explains what's been affected by rising costs.

"Almost everything to a certain degree, some things 10 per cent, some things 20 per cent," said owner Mario Ponesse. "It's almost like the gas prices up. It's the same idea. The thing is, we don't make any more money. It's more work, and less money."

Some customers seem empathetic to the plight of retailers. "I think it's just the time that we're in," said shopper Alan Turner. "It's a hard time, everybody's trying to get back to where we were."

Others, like Tim Gammon, loading groceries into his car, said they've changed the way they shop for groceries, in order to keep food on the table for Thanksgiving and beyond.

"I just noticed that I'm hunting more for things that are discounted, and sometimes I go to different stores because I know it might be cheaper at those ones."