TORONTO -- Two people have been charged with first-degree murder after what police are calling a ‘targeted and premeditated’ shooting outside a Mississauga condo building in October.

Stouffville resident Mario Ibrahim was found by emergency crews around 11:50 p.m. on Oct. 22 in the driver’s side of a vehicle on Webb Drive, between Confederation Street and Duke of York Boulevard.

Speaking to reporters at a news conference on Tuesday, Peel Regional Police Insp. Marty Ottaway said that Ibrahim was approached by a lone male as he was driving to the front of the building. He was shot multiple times.

“(The suspect) then fled in a dark-coloured SUV,” Ottaway said. “Despite the best efforts of emergency services, tragically Mario succumbed to his injuries at the scene.”

“The investigation has determined the shooting was planned and pre-meditated," Ottaway added. 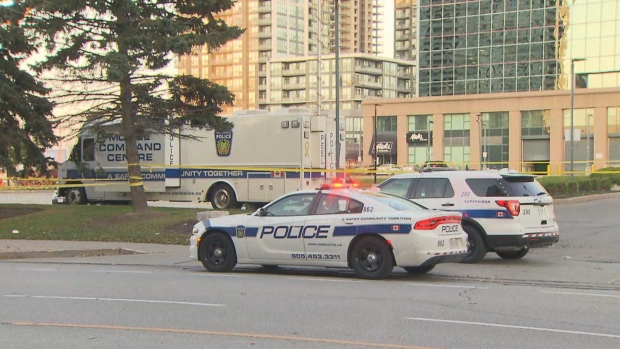 An investigation led police to a drive-by shooting that occurred on Highway 401, near Highway 427, two days earlier.

Ottaway said that Ibrahim left a business in Mississauga with a friend and was travelling eastbound on the highway when a dark-coloured SUV pulled up beside the vehicle.

An occupant in that SUV started to shoot at the car. Neither Ibrahim nor his friend were struck by the gunfire, police said.

On Dec. 4, investigators executed numerous search warrants at residences in Brampton and Mississauga and took a 24-year-old man into custody.

Brandon Drakes-Simon, of Mississauga, has been charged with first-degree murder in connection with the incident.

Police allege he is the person responsible for shooting Ibrahim.

At the time, officers also seized a brown 2012 infinity IFX SUV, which investigators believe was used in both shooting incidents.

Ottaway said that the investigation led them to a second suspect, who was tracked to Calgary. With the assistance of the Calgary Police Service, 24-year-old Melnee Christian, of Mississauga, was taken into custody and charged with first-degree murder.

“(We) can’t get into specifics of what actions she took but she was definitely a party to the offence,” Ottaway said. “We are in the process of having her returned to Ontario, where she is planned to attend the Ontario Court of Justice in Brampton tomorrow morning.”

The investigation into the Oct. 20 attempted murder is ongoing, Ottaway said, and further charges are anticipated.

Similar vehicle believed to be involved in third shooting and robbery

Police said that the same vehicle used in the first two shootings were also used during an armed robbery at 1:40 a.m. on Oct. 9 at an adult entertainment club on Invader Crescent in Mississauga.

According to Ottaway, a woman was robbed of her money and property. Shots were fired but no one was struck by the gunfire.

A 38-year-old man from Brampton was taken into custody on Dec. 4 in connection with this third incident. Jason Williams has been charged with robbery and firearm-related offences.

During his arrest, police said that officers found a loaded 9mm handgun.

Investigators are also searching for Justin Malcolm, 34, of Brampton in the shooting on Invader Crescent. He is wanted for robbery and firearm-related offences. 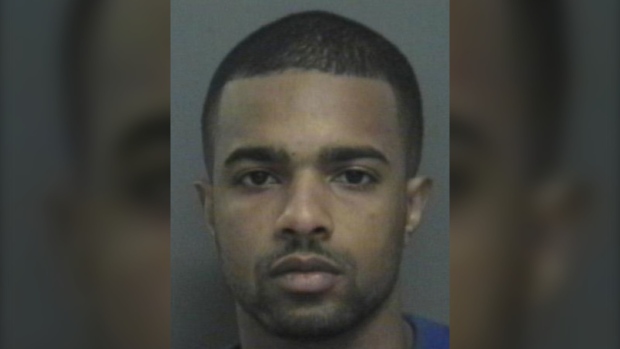 “He is to be considered armed and dangerous and we ask that if anyone sees him or knows of his whereabouts to not approach him and call 911,” Ottaway said. “I encourage him to contact legal counsel and turn himself in.”