Police are investigating after a man was fatally shot inside a vehicle in front of a condo building in Mississauga late Tuesday night.

The gunshots rang out shortly before midnight outside a building on Webb Drive between Confederation Street and Duke of York Boulevard.

“When officers arrived they observed a male that was in the driver’s side of the vehicle. He had suffered multiple gunshot wounds and as a result succumbed to his injuries at the scene,” Const. Bancroft Wright said at the scene.

“Reports are from witnesses that a male approached the victim, shots were fired, and the male (suspect) ran across the roadway into the parking lot.”

Wright said the suspect fled the area in a vehicle but a description of the car has not been released. 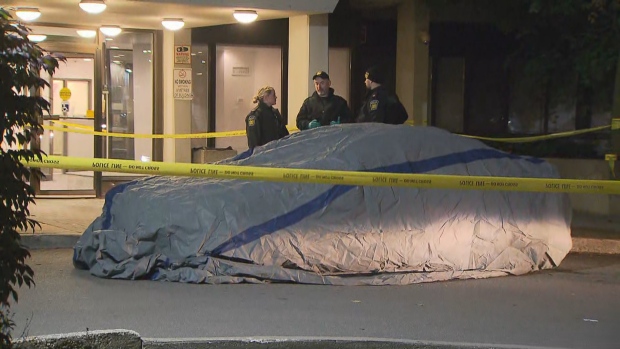 Officers have not released a description of the gunman.

Police are reviewing video surveillance footage in the area and police are canvassing the area for witnesses.

“There would be individuals that would have heard the shots, possibly seen the shots and that will come as part of the canvassing detail for our homicide personnel,” Wright said. 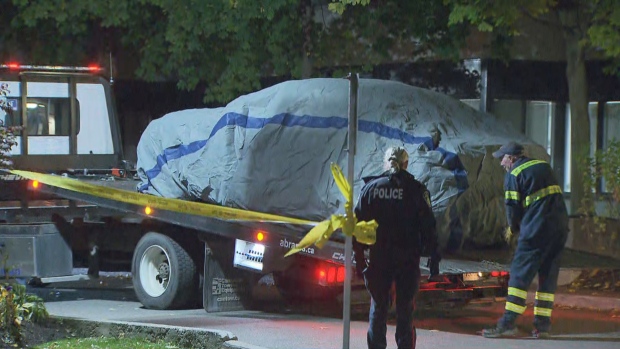 The incident comes just hours after a deadly drive-by shooting on the northbound Highway 410 ramp to Derry Road in Mississauga. One person was killed and two others were critically injured.

Police say it is too early to tell if the two shootings are connected.

UPDATE
-Incident occurred in front of 350 Webb Dr
-Male driver shot in vehicle and died from injury
-Suspect fled the area, no description
-Anyone with information is asked to contact Homicide 905-453-3311 ext 3205 or Crime Stoppers
-Roadways are now open
-PR190387945