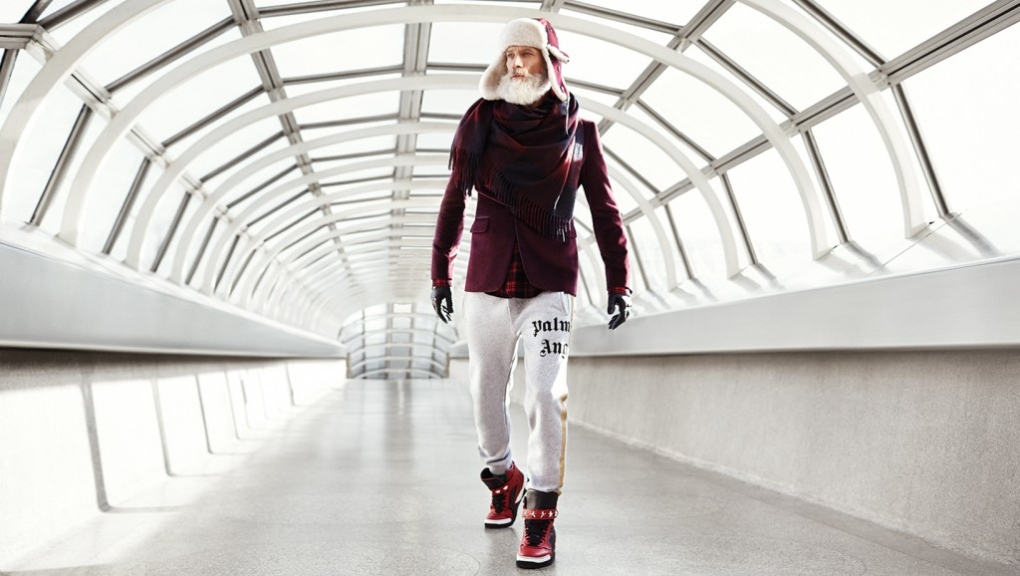 'Fashion Santa' poses in a photo from Yorkdale Shopping Centre.

Toronto’s “Fashion Santa” has made his first appearance at the Yorkdale Shopping Centre since making headlines around the world last week.

Photos of the unusually stylish mall Santa were published across Canada, the U.S., Germany, France and the U.K., in the week after he was interviewed by CTV News.

The man behind the white beard, Paul Mason, has been a model for more than 30 years. Two years ago, he grew a beard and adopted the identity of Fashion Santa, turning heads at the shopping centre.

He appeared at Yorkdale mall at 11:30 a.m. on Saturday. The appearance was his first since garnering worldwide attention.

The Toronto-based model said organizers are "so pleased" with the attention garnered by his unique take on a Christmas tradition.

The hipper version of the man in red said he's seen coverage on CNN, GQ and Time Magazine. Mason has also been featured on ABC's Good Morning America, BBC News, Harper’s Bazaar and The Telegraph.

The hashtag #YorkdaleFashionSanta was trending on social media for several days last week.

Mason said some believers still tell him what they'd like for Christmas, but in his case, there is no opportunity to sit on Fashion Santa's lap. Instead, shoppers were encouraged to snap selfies with Mason.

For every Fashion Santa Selfie posted on social media, Yorkdale donates $1 to the SickKids Foundation, a charity for Toronto's Hospital for Sick Children.