A large memorial still sits at the site where 10-year-old Nikita Belykh was struck by an SUV more than two months ago.

There are stuffed animals, notes, and photos of the smiling child. On Thursday, there were grieving family members at the site as well.

"The reason why I am here, standing in the place where she was killed," said Nikita's father Mikhail as his voice broke with emotion, "I don't want anybody coming through what our family is coming through right now."

The family is grieving the loss of an energetic and happy young girl, who they say was riding her bike home from swimming at the time she was struck and killed.

It was just before 11 a.m. on Sept. 1, when Nikita was hit by a white SUV. She was riding her bike down the sidewalk of Pleasant Ridge Avenue, the vehicle was exiting the parking lot of the North Thornhill Community Centre.

"I can't even imagine that day," mother Natalia said through tears. "Somebody took her life away and just like it happened in a second. And I don't understand how it can happen in a community centre, on the sidewalk, on the pedestrian walk. I don't have answers." 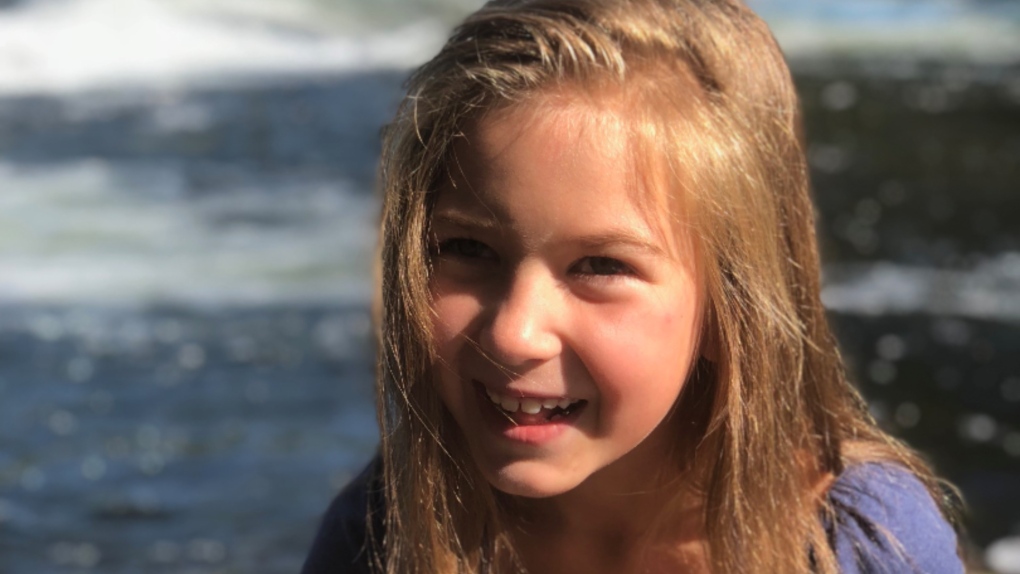 Ten-year-old Nikita Belykh was struck and killed by a vehicle in Vaughan more than two months ago.

The search for answers has led the family to file a multi-million dollar lawsuit against the driver of the SUV, the owner of the SUV, and the City of Vaughan.

"It's our position that this accident was completely avoidable," the family's lawyer, Michael Smitiuch, told CTV News Toronto.

Smitiuch said neighbours have raised concerns over the area where the collision occurred before and he wonders if a speed bump, stop line, or four way stop would have prevented the crash.

He says the family also wants to bring awareness to drivers, that their actions can have deadly consequences.

"If you're going to get behind the wheel of a vehicle, you need to be paying close attention. You need to make sure your focus is on the roadway."

The Belykh family says they know that no amount of money will bring Nikita back, but they want to ensure her death wasn't in vain.

They had only moved to the area near Dufferin Street and Rutherford Road a couple of weeks before Nikita was killed.

Since then they have been dealing with the loss of a girl who was loved by all who knew her.

A public memorial service drew hundreds of members of the community, many of whom had never met Nikita. Speaking to reporters, Natalia remembered how close Nikita was to her parents, sister, and grandmother. And she talked about how hard it was to see children out on Halloween, knowing how much her daughter would have loved it.

Nguyen will appear in court in Newmarket on February 3, 2022.

Mikhail Belykh says he is willing to let the court proceedings play out, but says he won't rest until he gets answers as to why his daughter was killed and what can be done to prevent if from ever happening again.