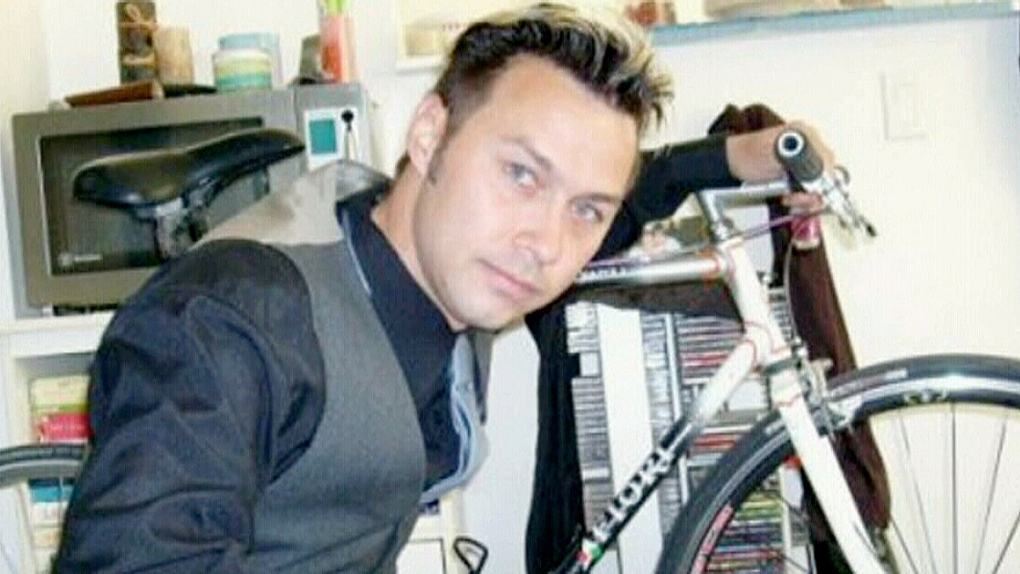 Friends and family of Darcy Allan Sheppard held a vigil on Sunday to honour the bicycle courier and mark five years since his deadly encounter with former Ontario attorney general Michael Bryant.

A group gathered near the site on Bloor Street near Avenue Rd., where Sheppard died on Aug. 31, 2009. Friends and family chained a white bicycle, known as a “ghost bike,” to a utility pole in remembrance of Sheppard.

People typically place a ghost bike to draw attention to road safety whenever there is a cyclist killed on Toronto streets.

Family and friends say there are still unanswered questions about what happened on the night of Sheppard’s death.

Bryant had been driving home from an anniversary dinner with his wife when he got into a minor collision with the 33-year-old cyclist. Court heard that Sheppard grabbed onto his convertible and struggled with Bryant at the wheel.

What followed has been the subject of debate. The convertible veered out of control. Sheppard hit a fire hydrant on the sidewalk, while the car drove off at about 34 km/h. That’s when Sheppard hit the curb, suffering a fatal blow to his head.

Bryant was charged with criminal negligence causing death, but a special prosecutor decided not to proceed with the charges, based in part on a forensic examination of security video footage captured on the night of the incident.

Sheppard’s father, Allan Sheppard, said at the vigil on Sunday that he has been unable to gain access to that forensic report.

“They were able to arrive at certain conclusions about what happened and didn’t happen, according to expert analysis of the video,” Allan Sheppard told CTV Toronto. “We can’t get it.”

Allan Sheppard said he is seeking only to gain a better understanding of what happened during the confrontation, and why the Crown decided not to lay charges against Bryant.

Bryant, who was a Toronto MPP, has since left politics.