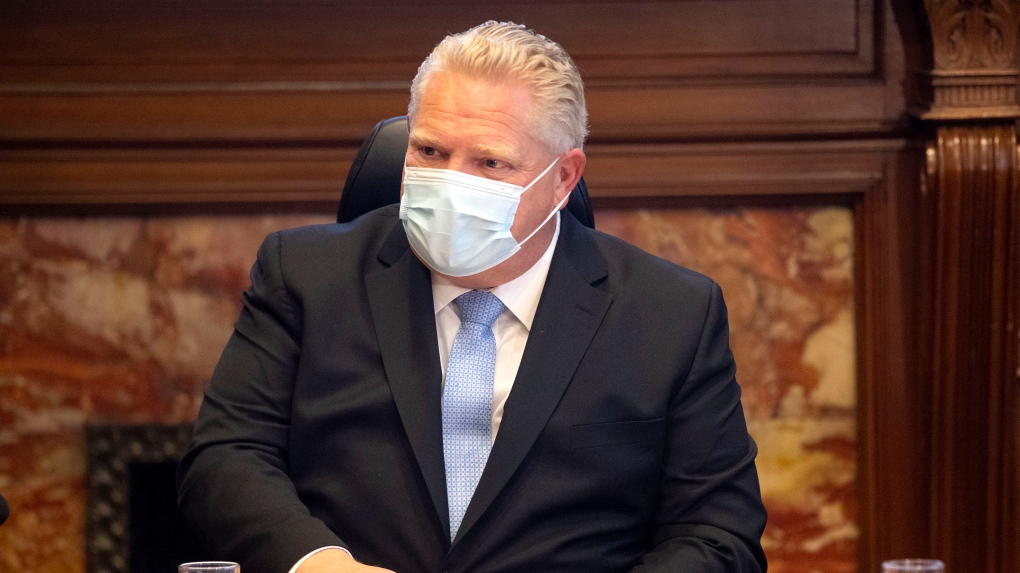 TORONTO -- Premier Doug Ford says that there is “no reason” for the province to “jump in” and introduce its own paid sick leave program, even amid mounting criticism from advocates who say that an existing federal program doesn’t do enough to protect workers.

Ford made the comment to reporters during a news conference in Vaughan on Monday afternoon, just hours after Toronto’s board of health voted unanimously in favour of a motion asking his government to step in and ensure workers have access to 10 paid sick days during the COVID-19 pandemic.

“If the system is not working and that's what I'm hearing from the media, we're having conversations as we speak and over the last little while (with the federal government). If people don’t feel they are getting it quick enough than we need to change the program and if they need to top it up a little more because $500 a week isn’t feasible then we change it” Ford said. “But let's be very, very clear there's no reason for the province to jump in there when less than 27 per cent of the overall program hasn't been taken up.”

The federal government introduced a recovery sickness benefit earlier in the pandemic, which provides people with $500 per week for up to two weeks if they are unable to attend work due to illness.

Some advocates have, however, said that the program is insufficient because payments can sometimes take weeks to process and the benefit does not provide any job security to those who elect to apply for it.

Last week, Ontario’s Associate Medical Officer of Health Dr. Barbara Yaffe even added her voice to the cause, telling reporters that paid sick leave could be an important factor in reducing community spread.

Speaking with reporters on Monday, Ford seemed to acknowledge that there are some problems with the federal paid sick leave program but he said that the Ontario government should not be responsible for introducing its own program.

The report considered by Toronto’s Board of Health today stated that only 42 per cent of working Canadians currently have access to paid sick leave, and among low-wage and front-line workers that number is about 10 per cent.