Afghan refugees and Canadian permanent refugees are adjusting to life in Canada with help from local Greater Toronto Area community and Afghan organizations after travelling on a harrowing journey out of their homeland.

Amranunnah, who didn’t want to provide his last name, is an engineer who studied outside of Afghanistan and said for that reason became a target of the Taliban.

He said Canadian soldiers helped him at the Kabul airport, then flew to Kuwait and onto Canada.

“There was no oxygen to breathe,” he said describing the situation when he was at the airport with thousands of other people trying to get out. “At same time the Taliban say, ‘why you want to go’, and they hit people.”

He is relieved to be safe, but like many others now are worrying about loved ones left behind. They hope their families members can still join them.

“Because I’m permanent resident of Canada some guy complained to the Taliban this guy from Canada and they are searching for us. Every day we go to another room, another room. Then my friend called me, come to airport,” said Elham Samadi.

Marco Mendicino, Minister of Immigration, Refugees and Citizenship Canada said Canada's allies are speaking with the Taliban and still allowing some planes in and out of country.

He said around 2,200 mostly afghan refugees have arrived in Canada so far with 3,700 people evacuated.

Thursday another 43 Canadians were on a special flight out of Afghanistan organized by Qatar.

For families who have landed in the GTA, efforts are underway to provide the necessities needed to settle in.

Many arrived in Canada with little but the clothes they travelled in.

At one hotel a room of donations is run by volunteers from various community and afghan groups, along with Wais Habibzai, the CEO of CanCorps, who escaped Afghanistan’s civil war 26 years ago. He now lives in the GTA. 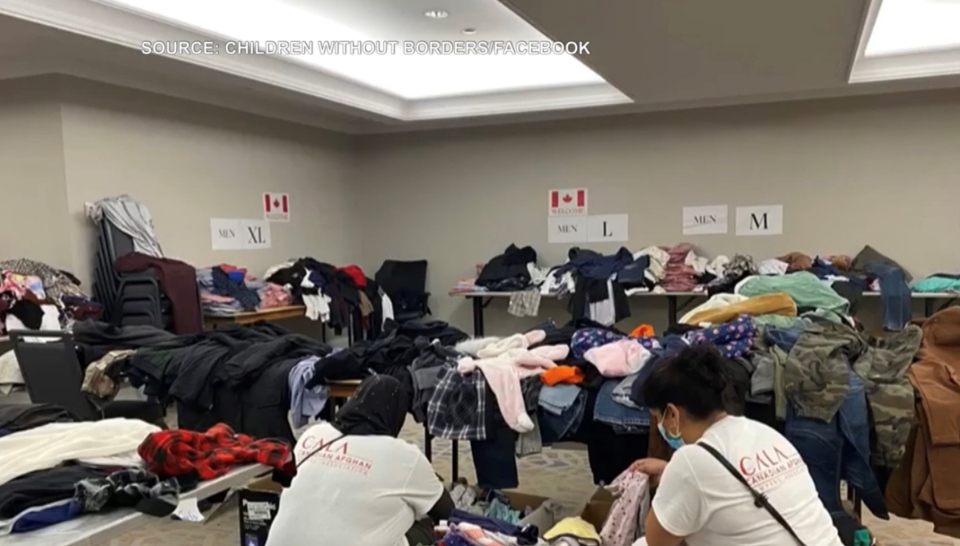 “As a human it’s time to give back as a Canadian,” he said. ‘As an Afghan- Canadian it’s our individual responsibility to give back to the community and these new refugees upon arrival”.

The items everything from toys, to clothes and baby supplies are making a difference.

“So helpful for all the people and also for us. If we need something we can really use the goods they brought for people,” said Ahmad Fahim, a father of three and six year old boys and a Canadian permanent resident. He was also able to bring his mother safely with his family to Canada.