The Toronto detective who cracked the case of "York U rapist" has revealed the major mistake the suspect made that eventually led to him being arrested.

There had been eight sexual assaults at York University between July and September 2001, beginning with groping, but quickly escalated to sexual assault with a weapon when a 22-year-old woman was sexually assaulted at knife point.

At the time, Toronto police had been warning students to be careful.

"I'm scared, it is scary to go to school. It is supposed to be a safe place," one student said in 2001. "It's a bit alarming that it is happening on campus."

The suspect was dubbed the "York U rapist," and there was a huge police manhunt to arrest him before he could strike again.

CP24's Crime Analyst Steve Ryan was the detective in charge of solving the investigation. He recalls the night one victim was sexually assault at knifepoint.

"It is very dark and out of the bushes pops this guy, who produces this very large knife, and drags her into the woods. He drags her over into the trees, demands her bank card and PIN number. And then he raped her at knife point," Ryan said on this week's episode of The Detective.

The victim would give police a great description of her assailant and police cruisers would swarm the campus and the neighbourhood that night, but he would escape.

But not before leaving a major clue to his identity at a gas station across the street from the university.

"What we found out was that he came right to this gas station using the survivor’s ATM card with their PIN number and he made several attempts to get money out of her account," Ryan said.

What the suspect did not know, Ryan said, was that a security camera was pointing right at him and investigators now had video and a clear image of the wanted man.

At the time, Toronto police called the surveillance video a "significant lead," adding it was a critical clue to cracking the case.

Police released the image to the media, and the suspect’s picture was splashed all over television. Ryan said getting the suspect's picture out to the public was key to solving the case.

"It's a tremendous resource … The media are the ones that get the message out there, and then everybody in this community now becomes a cop with eyes," Ryan said.

Ryan said the suspect was also wearing a unique jacket, a black and white soccer jacket with the word "Kappa" written on it.

"If you knew somebody who owned that coat, you certainly would take notice of it. Then we had the hotline set up and then the calls started," Ryan said.

The police set up a task force to catch the "York U rapist," and the calls were coming in by the hundreds.

Investigators had to check each and every tip, but Ryan, who was in charge of the task force says there was one tip where the caller seemed to have knowledge of the suspect.

"A tip came to me saying that this guy, by the name of Philip Foremsky, went to high school right across the street from 31 Division and fled to Hamilton because he was the guy that committed the sexual assaults and the robbery. It was an anonymous call. We never did learn who it was."

While officers were checking all the names coming in to the tip line, another officer was tasked with finding Foremsky.

"And we tracked every one of the tips," Ryan said. "You've got to go clear every tip, so we get a call in the afternoon saying Philip Foremsky says he did it, and he's in Hamilton. Now we're going to find Philip Foremsky."

However, at the time, Ryan says, Foremsky was just another name they had to look into. They found the 18 year old in Hamilton, and he was asked to come in.

"A phone call was made by officers at 31 Division on my behalf, and he came with his mom and consented to a DNA, a buccal swab, which is basically just a Q-tip that you rub inside your cheeks that goes into a tube sent off to the Centre of Forensic Sciences. But before you give that swab, you are informed, well informed of what the swab is for."

Foremsky went to the police division near York University with his mother. As all the people identified on the tip line as possible suspects, they went in to give a DNA sample to see if it matched the DNA left on the victim's body. 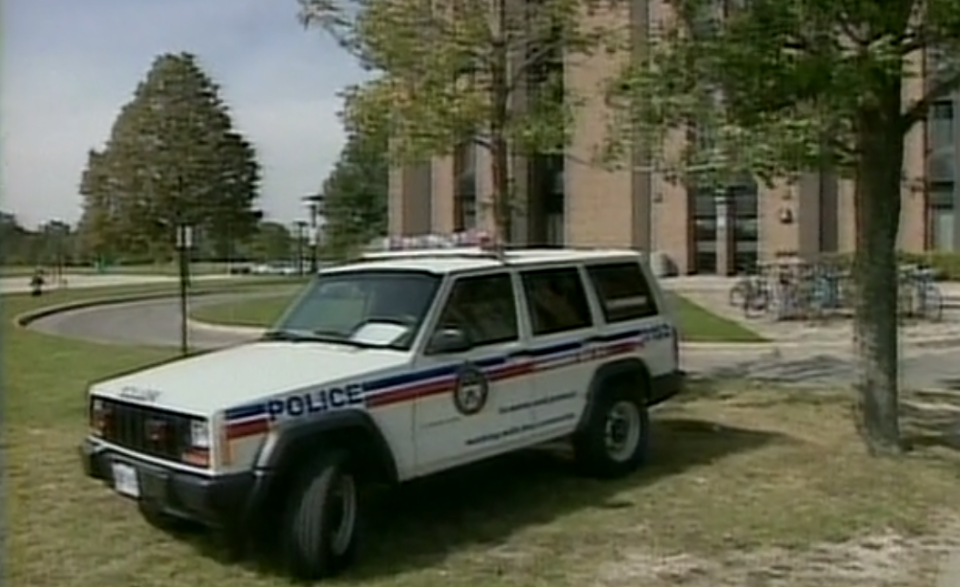 "When you've done the job as long as I've done it, and you run projects where you're just looking for a name, you often get people who swear up and down they know who did it,” Ryan said. "You often get false confessions. So when I saw that tip, saying that Philip Foremsky confessed to this, I was interested in it, but I wasn't, because I've seen it a million times. So, we had officers working for us whose job it was to get those consensual buccal swabs. And after going through all the legal jargon with regards to his rights and not having to give consensual swab, he gave the swab."

The DNA swap would be sent to the lab but the results would take days. In the meantime, Ryan says the officers who took the swab came into his office and asked if he wanted to meet Foremsky.

At this time, Foremsky is just one of hundreds of names police are looking at.

Ryan says he went downstairs and opened the door and knew right away this was the man sitting next to his mom, this was the man in the gas station security video using the 22-year-old victim’s ATM card and withdrawing cash from her account.

"I was pretty much convinced it was the same guy," Ryan said, taking a seat and beginning to interview Foremsky.

"And his mom said to me, I'll never forget this, paraphrasing, of course, 'Whoever this person is, they need to be caught. They are dangerous, and I worry about the students at the university. My heart basically aches for them,'" Ryan said.

She was speaking of the student victims she would soon learn were her son’s victims. However, at this time, Foremsky was still not confessing in front of his mother or the detective.

"He basically says, paraphrasing again, 'I didn't rape her, but I committed the robbery.' And I, to this day believe that he admitted to that robbery, because he damn well knew that he was caught on video surveillance using her ATM card."

Ryan said he was convinced Foremsky was lying about the sexual assault, so he escorted his mother out of the police interview room to the lobby of the division.

She had seen her son's face on the news, but did not call in to police. Ryan says he understood her dilemma.

Foremsky lived with his mother in a home close to the gas station where his image had been captured, and close to the university where the sexual assaults were occurring.

Ryan headed back into the interview room and arrests Foremsky on a charge of armed robbery, but now the second interview begins trying to get him to confess to being the "York U rapist."

"The second interview, I show him the surveillance photos and I told him 'There is no doubt that is you. Not one doubt. I need to know why you did this. That's you taking money out of this woman's account. You got her card because you sexually assaulted her, and I know that, and I need to know why?' And he confessed."

The detective needs all the evidence he can get. He has a confession and DNA, but the results are not yet back from the lab.

Ryan said he wanted the clothes Foremsky was wearing the night of the 22-year-old woman's sexual assault and the 10-inch knife he held at her throat.

Foremsky told investigators he threw the knife and clothes in a sewer on the university property.

Foremsky was handcuffed, and put into the back of a police cruiser, and told to show police which sewer.

But Ryan says Foremsky had given all he was going to give that day, and was lying about the whereabouts of some of the items.

"I remember the look on his face as we're driving towards the library near where the sewer was, where he claimed to have dumped it. As we were getting closer, he was shrinking more and more in his chair and his face is turning pale. Because thinking back on it now, he clearly knew that the knife wasn't there and now he's realizing, 'Oh my God, he didn't bring me to where that knife is. Are they going to look for it, are they actually going to look for it?'"

Ryan feels Foremsky underestimated the detective’s desire to convict this sexual predator, including draining the sewer to secure the evidence.

Eventually, Foremsky would tell police the knife was hidden under his mother’s shower, a place Ryan admits police would not have searched.

As he prepared to go to trial, the student survivor of the last assault would have to prepare to take the witness stand, a horrible ordeal for any sexual assault survivor.

Ryan recalls the interview with her the night of the attack.

The former detective said what Foremsky did to her that night will never go away.

"What she described, those sounds will haunt her for the rest of her life. The last time I talked to her was probably a few years afterwards. She was doing as good as a sexual assault survivor could do, but you will never forget that stuff. I've had many sexual assault survivors say to me, 'At least with murder, you're dead. I have to live with this this every day.' So you imagine if you smell smoke, cigarettes, if you if you hear clanging chains or birds chirping and that's what you recall, how do you get rid of that?"

He would do five years in prison, and the 22-year-old woman he raped at knifepoint did not have to testify in court.

At 23 years of age, and released from prison, Toronto police would hold a news conference to announce Foremsky was back in the community and at a high risk to reoffend.

He was ordered to regularly check in with police and stay away from university campuses.

Two decades later, the person who led investigators to the "York U rapist" remains anonymous.