‘David Foster: Off the Record’ premieres at TIFF

At 69 years of age, Canadian musician and record producer David Foster says this was the right time to put his life on film.

“I wouldn’t mind if this film was around for my grandkids and great-grandkids. It’s the right time,” Foster said.

When foster saw an early cut of the film, he admits there were some emotional moments.

“When one of my daughters was talking, to see their perspective growing up with me as a father was something I probably had not put a lot of thought into. That was interesting to see that,” Foster said. 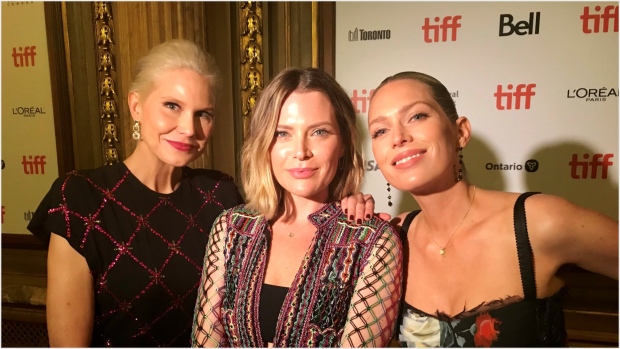 Foster has few regrets when it comes to his career. Watching the film, he admits that earlier in his career, he was arrogant and a control freak.

“I don't really regret it, because I don’t think you can arrive at the level I arrived at without being like that stuff. I was just a control freak.”

While the film looks back, Foster is looking forward. The one artist he hasn’t worked with and would like to is Sting. And one project which has kept him busy for a decade is an album with Stevie Wonder.

“We call it the endless project, because Stevie dances to his own and walks to his own drum. It’s on his schedule and he’s had some health issues, but he’s fine. We may pick it up again, but we’ve been working on the album for 10 years.”

“David Foster: Off the Record” is produced by Bell Media and will air on CTV on November 28. Crave subscribers can stream the film November 29.