TORONTO -- A Toronto family lawyer is highlighting the risks of buying a house with your common-law partner, as more and more couples are purchasing properties without getting hitched.

The latest figures from Statistics Canada show that 39 per cent of Canadian couples lived together for an average of 3.5 years before getting married. But while some couples want to wait to walk down the aisle, others say they don't want to wait to buy a home.

Isaac is a partner at Shulman Law Firm which practices family law and she says now, more than ever, couples are buying homes and having children without getting married.

“It is becoming a lot more prevalent and I think more people think before they get married, they want to know if this is the person they really want to be with.”

Under Ontario law, a relationship is considered to be common-law after a couple has been living together for three years or after having a child together and living together with some level of permanence.

However, Isaac said it's important for couples to know that in Ontario the Family Law Act does not recognize common-law relationships when it comes to property divisions.

Isaac says common-law considerations before buying property should include having both partners names being on the title of the property and having a cohabitation agreement. These agreements are also known as domestic contracts.

Isaac also says these considerations can help when problems arise.

“In the event of a separation can one person buy the other out? Or is it going to be an automatic sell?" Isaac said.

Lindsay Swanson and Jeffery Johns have been in a common-law relationship for seven years and bought a home in downtown Toronto. Both were married before and were renting, but decided to buy a home together after watching real estate prices climb each year.

“With prices as high as they are in Toronto if you decide to wait to see if your relationship will keep progressing, but then if two years goes by, it's a huge amount of time in real estate because prices can go up so dramatically,” Swanson said. 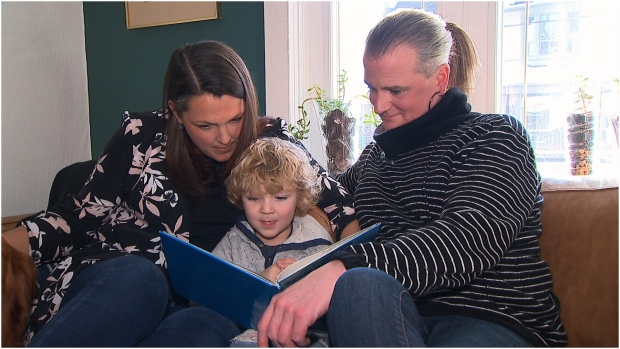 The couple says it was important for them to have a stable home for their family.

“We’re both on the title and we’re both joint tenants,” Johns said.

Johns said that while the couple feels they have a good relationship, if there was a dispute the house wouldn't be part of it, because it’s clear they both own the property.

Isaac says if a person is not named on the title of a home they have no property rights and can be evicted in the event of a break-up. Also, if a common-law partner dies, the other common-law partner does not automatically inherit the home they're living in, unless their name is on title or they have been named in their partner's will.