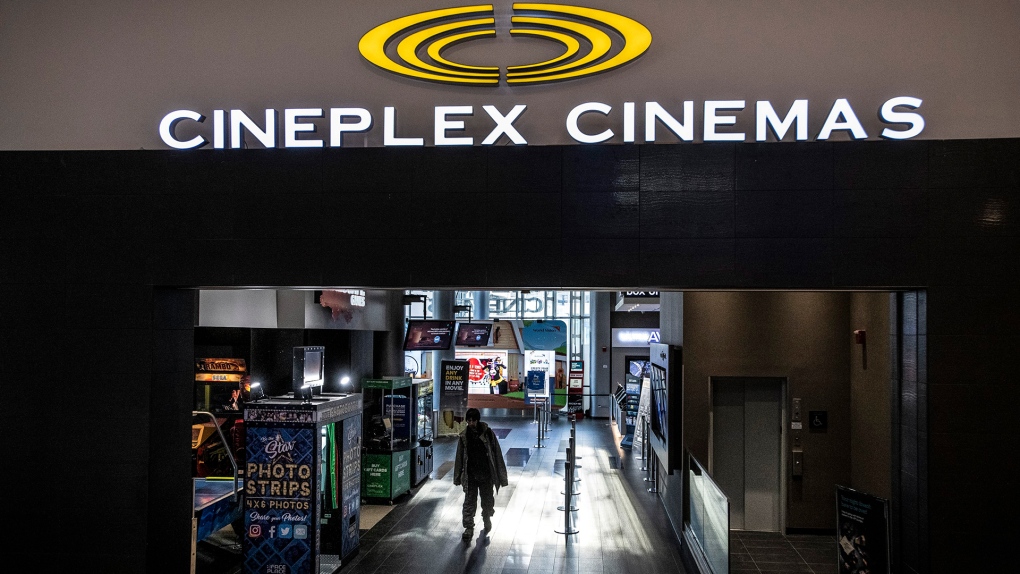 TORONTO -- Canada's largest cinema chain says it's in no rush to re-open its theatres in Ontario, as provincial reopening guidelines appear to limit occupancy to only 50 patrons at a time.

While Stage 3 of Ontario’s reopening guidelines will permit movie theatres in a wide swath of the province to open this Friday, Cineplex says it will not do so.

“We are still reviewing what's being proposed by the province, so as a result we aren’t in a position to open our theatres in Ontario on Friday,” company spokesperson Sarah Van Lange told BNN.“While we are certainly excited for the day our operations can resume, our top priority has always been the health and safety of our employees and guests and ensuring that their time with us is safe, comfortable and welcoming.”

Most large movie theatres in the province could comfortably contain many times that.

Cineplex has 62 multiplexes in Ontario.

Landmark, a chain with ten cinema locations in Ontario, told CP24 the rules as they stand will prevent theatres from opening in the province at all.

“(Ontario’s rules) will prevent the re-opening of movie theatres across the province,” a spokesperson said Wednesday.

“The provision to limit movie theatres to 50 Guests does not recognize the configuration of our properties and the personal space that is afforded to each Guest. Theatres control showtimes, seating layouts, and auditorium capacity to ensure physical distancing can be maintained at all times.”

Speaking on Monday, Finance Minister Rod Phillips said the province was working with theatre operators to find a solution where theatres could possibly welcome more than 50 guests at a time.

“This is an area where Minister (Lisa) McLeod has already been working with the associations that represent theatres, to work on that safe reopening plan that I talked about so you know the kinds of considerations that the Chief Medical Officer is concerned about of course is you know how many washrooms are there, the concession stands, making sure that there aren't too many people so it isn't just about the theatre rooms themselves, it's about the broader facility,” he said.

Provincial industry-specific guidelines don’t appear to be ready for theatres either.

While the province has put out guidance for entertainment, museum and gallery workers, no specific guidance document or advice has been provided for cinemas.

The industry was forced to shut down entirely on March 17 as part of the Ford government’s emergency declaration, which also shut schools, restaurants, daycares and most other indoor spaces.

Ontario’s guidance for cinemas takes a much different approach than other jurisdictions. In Alberta, distancing measures mean cinemas can fill up to about 45 per cent occupancy.

In Saskatchewan, cinemas are capped at 30 per cent occupancy.