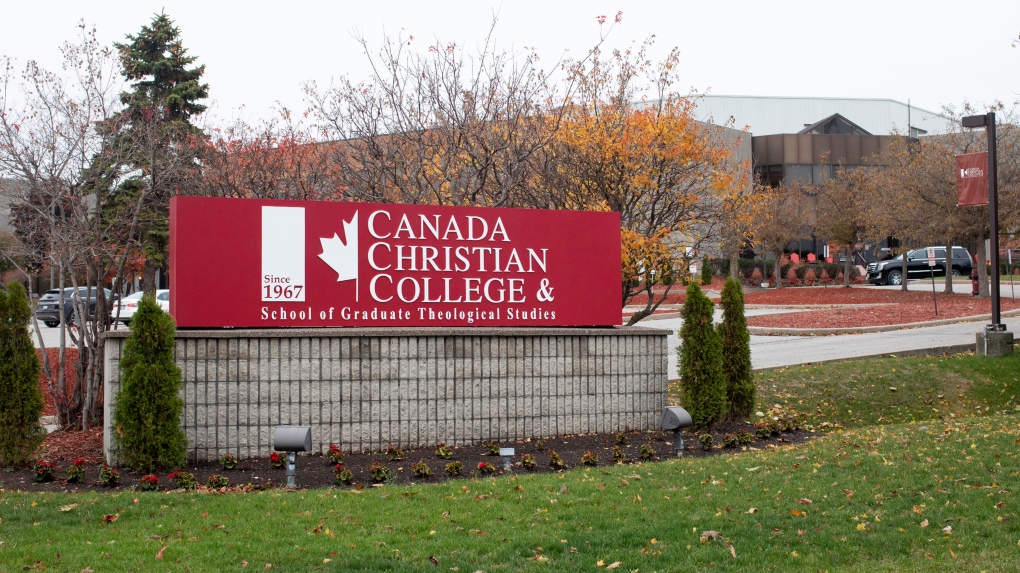 A general view of the Canada Christian College, in Whitby, Ont. is shown on Thursday, October 22, 2020. Ontario's premier insisted Thursday that a prominent social conservative wasn't getting special treatment while trying to turn a Christian college into a university, but critics said it was clear Doug Ford was using new legislation to reward one of his strongest and most controversial supporters. THE CANADIAN PRESS/Chris Young

TORONTO -- A Christian college run by a prominent ally of Premier Doug Ford has been denied its application to become a university.

The Office of the Minister of Colleges and Universities confirmed the decision in a statement released Friday afternoon.

It said that the Postsecondary Education Quality Board tasked to review the Canada Christian College’s application recommended that the government not grant the school expanded degree-granting authority or name change.

“The minister has reviewed and accepts their recommendation. Therefore, the government will not be proclaiming Schedule 2 of Bill 213 at this time,” the statement read.

“All institutions continue to have the right to apply for expanded degree granting authority in Ontario, and the ministry is committed to ensuring that this is done fairly based on expert advice and is in the best interest of Ontario and Ontario students.”

The college located in Whitby is overseen by Charles McVety, a staunch supporter of the premier. McVety has been accused of espousing views that are homophobic, Islamophobic and transphobic.

The Ford government passed legislation last year that contained a provision that would fast-track the college’s university application, giving it the ability to grant university degrees in arts and sciences.

After receiving backlash, the premier said the college would undergo an independent review before that portion of the bill could take effect.

The Canada Christian College said in a statement that the Postsecondary Education Quality Board presented a "fraudulent misrepresentation" of the school to the ministry. They added that the college "met or exceeded" the benchmarks set by the board.

"Unfortunately, political corruption was allowed to rule the day," the statement read.

"The government was informed of the misrepresentations but refused to investigate. The college's true submissions, which were fraudulently replaced, proved that CCC met or exceeded every benchmark required. Nevertheless, Minister Ross Romano refuses to proclaim our bill."

In a statement Friday, the New Democrats said they are relieved that the college was denied university status.

“It is a massive relief that the Doug Ford government’s plan to give Charles McVety’s organization university and degree-granting status has been slapped down,” said Laura Mae Lindo, critic for Anti-Racism and Colleges and Universities.

“This can’t go ahead now, and we need a guarantee it won’t go ahead, ever. Ford was returning a favour to a friend, and Ontarians would have paid the price. Legitimizing hate and discrimination has seriously dangerous consequences for people.”

- with files from CTV News' Colin D'Mello and The Canadian Press