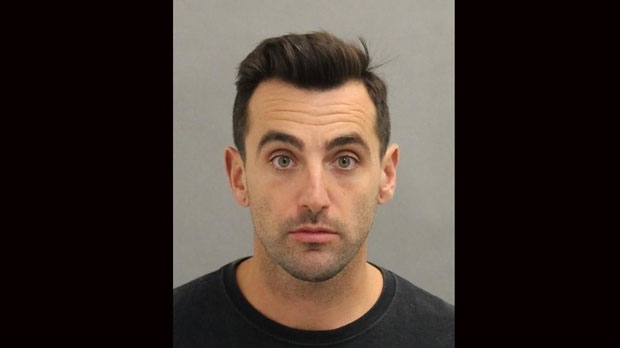 TORONTO -- The recent release of a stark mug shot featuring rock star Jacob Hoggard has raised questions about how Toronto police decide when and why to make public such images.

Upon its release Monday, many observers took to social media to wonder why a photo of the Hedley frontman -- charged with three sexual offences involving two females -- was so readily available when the image of accused serial killer Bruce McArthur was not.

The McArthur case has been an especially sore point for community activist Nicki Ward, who has criticized police for refusing to issue the man's photo.

As a result, she notes many outlets have resorted to publishing pictures from his social media feeds, including one oft-used image in which he smiles softly beside a rainbow and another where he's dressed in a Santa Claus suit.

A spokesman for the Toronto Police Service says the force has strict criteria in deciding when to release such material.

"There has to be what we call a valid investigative purpose," says Mark Pugash.

"That could include somebody who is at large and poses a risk to the public, (and) certainly, (in) helping to find missing people."

A third reason is "if we are concerned that there might be more victims," which police say was the driving factor in the sexual assault investigation Hoggard is charged in.

Toronto police issued Hoggard's photo along with a press release Monday saying the former "Canadian Idol" contestant was charged with sexual interference and two counts of sexual assault involving a woman and a girl.

The statement adds: "Police are concerned there may be other victims."

Ward wonders if a double standard is being applied, since police did not rule out the possibility of more victims when they first arrested and named McArthur as a suspect in several killings in Toronto's gay village.

Too often, more deference and media airtime is given to the accused while victims are "shamed and blamed," she says, noting that published photos of one victim associated with the McArthur charges was especially unflattering.

She says the portrayal of Dean Lisowick "was particularly sad" and believed his photo sent the message that Lisowick was "perhaps less deserving of sympathy."

Images matter, she says: "There's no question that the perceived social status and/or (whether you're) homeless or not homeless has a direct bearing on the quality of justice that you receive."

Toronto-based documentary filmmaker Dennis Mohr, whose 2014 film "Mugshot" traced the cultural impact of police photos, says that while the default in Canada is to withhold mug shots unless there's a compelling reason to release them, the opposite is true in the United States.

He suspects that may be why some Canadians find it frustrating when mug shots are not made public, especially when celebrity mug shots from the United States routinely pop up in entertainment pages, and crime and gossip sites.

"People are fascinated with these things for all sorts of reasons but crime has always sold, it's nothing new," he says.

Hoggard is scheduled to appear in court Thursday.